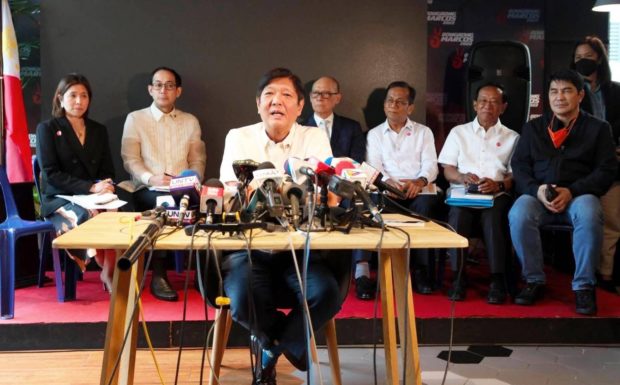 He, however, said that they have not decided on it with finality and whether this effort would need fiscal measures.

“On the taxation, we’re trying to adjust it again, not so we just increase taxes in mining, what we would like to do is to encourage the value-added [taxes ]to the raw ore in the Philippines as much as possible,” Marcos said in a press briefing.

“What we’re trying to achieve, the desired result is instead of exporting raw ore, we export at least partially processed ore so that may value-added [tax] that’s left to the Philippines,” he added.

He made the remark in response to the query whether his administration would be keen on pursuing increased mining taxes, which had been previously proposed but could not gain ground.

Marcos said that mining, while it can help the Philippines a “great deal,” operations should not come at the expense of environmental destruction.

“We have to view mining, the natural resources, as a national treasure which can help the Philippines a great deal. It’s only up to us to ensure that the practices that we see in the mining operations around the country are such that they’re environmentally neutral,” he said.

However, he said this “has not necessarily been the case.”

“I think we’re all aware of some of the problems that have arisen before. I cannot believe that here in the Philippines, we cannot monitor and regulate the mining industry sufficiently so that we can have clean mining in the country,” the President-elect said.

In December 2021, the Department of Natural Resources lifted its four-year ban on the open-pit mining method for copper, gold, silver, and complex ores in the country.