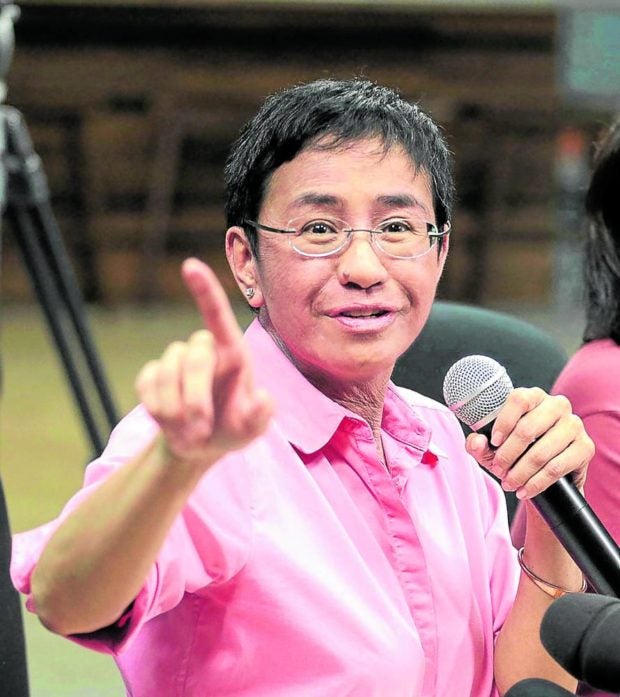 MANILA, Philippines — International lawyer Amal Clooney, who is Rappler CEO Maria Ressa’s legal counsel, has reiterated her call for the Supreme Court and the administration of President Ferdinand “Bongbong” Marcos Jr. to uphold press freedom in the country.

The CA decision denied the appeal of Ressa’s camp and also increased by more than eight months the prison sentence meted out by the Manila Regional Trial Court on the accused journalists.

In a statement on Tuesday, Clooney said the guilty verdict “shows that [Ressa] has been considered guilty until proven innocent – and then prevented from proving her innocence.”

Clooney said, “I hope the Philippines’ Supreme Court will now set things right – and restore the country’s constitutional commitment to freedom of speech. And I hope that the new Marcos administration will show the world that it is strong enough to withstand scrutiny and allow a free press.”

Caoilfhionn Gallagher QC, also part of the international counsel team acting for Ressa, echoed Clooney’s disapproval towards the said conviction ruling as she pointed out that all eyes are now on Marcos Jr.’s stance on press freedom.

“This is a pivotal moment for the Philippines,” she said. “[Former President Rodrigo] Duterte leaves behind a country in which press freedom, human rights, and the rule of law have severely weakened. The world is watching how the new President responds. Will President Ferdinand Marcos Jr. stop the rot, or will he double down on his predecessor’s attacks on journalists and civil society?”

Gallagher also called on the international community to “condemn this ruling in the strongest terms, and to make clear to the new administration the vital importance of press freedom, human rights, and the rule of law.”

The affirmed guilty verdict upon Ressa and Santos comes a little over a week since Rappler received its latest shutdown order from the Securities and Exchange Commission.

On top of all these, Rappler — who is among the Filipino news media outfits known to be critical of the erstwhile administration — is also facing four consolidated tax cases against Ressa and Rappler Holdings Corporation at the Court of Tax Appeals. A separate tax case against the same respondents is also being dealt with at the Pasig RTC Branch 157.

Under attack? The state of press freedom under Duterte’s reign