During the East-West Center international media conference in Hawaii, Ressa shared the SEC ruling dated Tuesday, June 28, which orders the cancellation of the certificates of incorporation of Rappler Inc. and Rappler Holdings Corporation.

“We were notified by our lawyers of this ruling that effectively confirmed the shutdown of Rappler,” the company’s statement read. 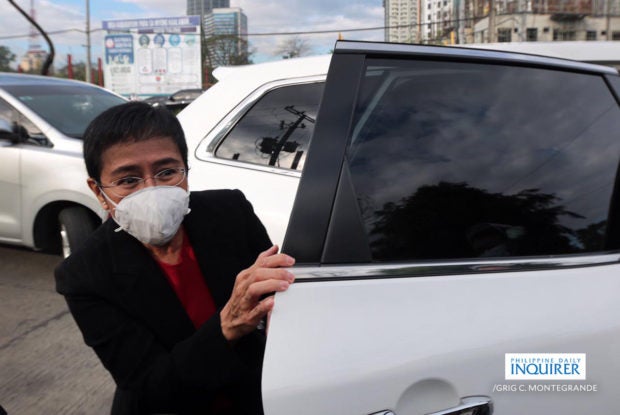 FILE PHOTO. Rappler CEO Maria Ressa arrives at the Court of Tax Appeals in Quezon City on Thursday, March 3, to testify on the tax evasion case filed against her and Rappler Holdings. – INQUIRER/GRIG C. MONTEGRANDE

According to Ressa, Rappler will appeal the decision “especially since the proceedings were highly irregular.”

The SEC first ordered the revocation of Rappler’s license to operate in 2018.

In a 29-page ruling, it said the online media outfit was “liable for violating the constitutional and statutory Foreign Equity Restrictions in Mass Media enforceable through rules and laws within the mandate of the Commission.”

Rappler later asked the Court of Appeals to annul the decision, saying that its right to due process was violated when the order was released without a formal charge.