AFP on Garcia conviction: We learned our lesson, instituted steps vs corruption 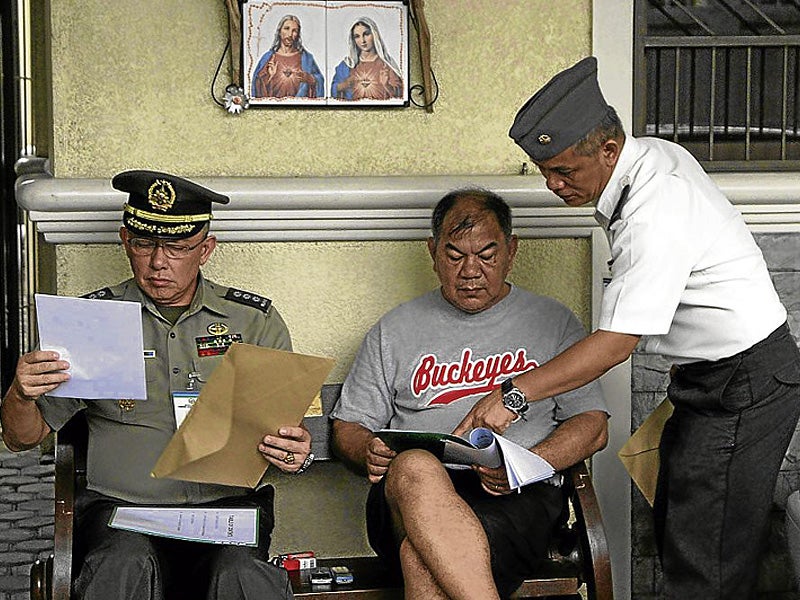 MANILA, Philippines — The Armed Forces of the Philippines (AFP) have instituted measures to prevent recurrence of the case of its former comptroller retired Major General Carlos Garcia, who was found guilty of direct bribery and facilitating money laundering, its spokesperson said on Thursday.

“The court has already rendered its decision so we respect it and, on the part of the Armed Forces, we have learned lessons and we have instituted measures already to prevent  the recurrence of that similar incident,” said AFP spokesperson Col. Medel Aguilar.

Sandiganbayan 2nd Division has granted Garcia’s plea bargain to the lesser offense of direct bribery, sentencing him to four to eight years of imprisonment. He was also given a fine of P406.3 million, thrice that of the total value of the gifts received as per his plea-bargaining agreement.

Garcia was initially charged with plunder, which has a punishment of reclusion perpetua or 20 to 40 years of imprisonment.

Aguilar, however, noted that there were no such case “of that magnitude” were recorded

“So as you can see probably right now would hear no cases of that kind from the Armed Forces of the Philippines,” he said.

“At least as far as my memory can serve, I have not heard anything about cases of corruption involving military officers or personnel of that magnitude,” he added.

The spokesperson said this indicates that “the measures that were implemented were effective so that it already changed the system.”

READ: WHAT WENT BEFORE: The case of Gen. Carlos Garcia

Read Next
VP Duterte hopes China partnership may enhance PH academic performance
EDITORS' PICK
Heads may roll at BOC, says Palace if sugar smugglers are allowed to use recycled import permits
What to watch out for when selecting a video surveillance solution
Apple warns of flaw that lets hackers into iPhones, Macs
House energy committee chair Arroyo bats for cheap electricity
46% of schools nationwide to have full face-to-face classes on Aug. 22
vivo brings to the Philippines a powerful smartphone with a slimmer body, the vivo Y02s for only PHP 6,499
MOST READ
DepEd to give teachers P5K cash allowance within first week of classes
LOOK: Miel Pangilinan dazzles in glittery pre-debut shoot
DOJ indicts bank officer in $2.1 billion Wirecard fiasco
PH importing sugar after all: Marcos okays 150,000 MT
Don't miss out on the latest news and information.