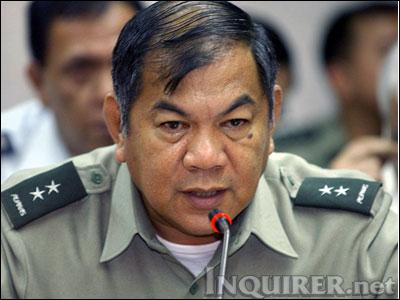 In an eight-page decision promulgated on July 5, the Sandiganbayan 2nd Division granted Garcia’s plea bargain to the lesser offense of direct bribery, sentencing him to four to eight years of imprisonment.

Garcia was initially charged with plunder, which has a punishment of reclusion perpetua or 20 to 40 years of imprisonment.

The former military general was also given a fine of P406.3 million, which is thrice the total value of the gifts received as per his plea-bargaining agreement.

In 2005 and 2009, Garcia was charged with plunder and money laundering for conniving and conspiring with co-accused members of his family.

READ: WHAT WENT BEFORE: The case of Gen. Carlos Garcia

They allegedly amassed P303.2 million worth of ill-gotten wealth in the form of funds, landholdings, and other real and personal properties.

As part of the plea-bargaining agreement, the Supreme Court said Garcia offered to cede P135.4 million worth of cash, real and personal properties owned by himself and his family in favor of the government.

Even if the Office of the Solicitor General filed a petition for certiorari against the plea-bargaining agreement, it was dismissed by the Supreme Court in September 2020.