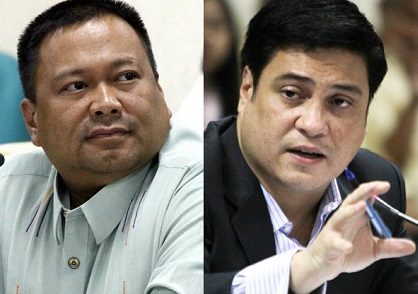 This development was revealed by Senate President Pro Tempore Juan Miguel Zubiri, who also said they are still determining who the second deputy majority floor leader would be.

(I know Senator JV is one and we’re reserving the other. We’re still deciding who would be another because Senator Joel also needs help — God forbid, let’s say he gets COVID-19 — we will not have a majority leader. There should be an assistant majority leader.)

Zubiri earlier said Villanueva would be the next Senate majority leader.

Zubiri and Villanueva are reelectionist senators while Ejercito is a returning senator.