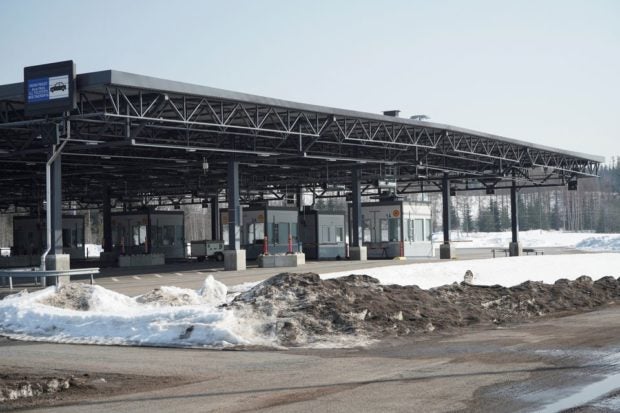 A view of the deserted border station stalls at the Imatra border crossing point with Russia, amid Russia’s invasion of Ukraine, in Imatra, Finland March 23, 2022. REUTERS

HELSINKI — Finland’s parliament on Thursday voted in favour of legislation that would allow barriers on the country’s border with Russia and enable the closure of the 1,300-km (800 miles) frontier from asylum seekers in case of exceptional circumstances.

The bill on preparedness, while contested in terms of European Union asylum rules, was passed by a supermajority that allows parliament to fast-track laws, amid fears Russia could retaliate over Finland’s plans to join the Nato military alliance.

It will also allow the government to decide to build fences or other barriers near Finnish borders and direct all asylum applications to one or several border crossings, such as an airport.

Read Next
Boris Johnson to resign as UK prime minister
EDITORS' PICK
Heads may roll at BOC, says Palace if sugar smugglers are allowed to use recycled import permits
Palace: Biggest supermarkets in PH commit to sell sugar at P70 per kilo
What to watch out for when selecting a video surveillance solution
House energy committee chair Arroyo bats for cheap electricity
vivo brings to the Philippines a powerful smartphone with a slimmer body, the vivo Y02s for only PHP 6,499
DOH reports increase in daily COVID-19 deaths, mostly unvaxxed
MOST READ
Alyssa Valdez to miss Creamline’s AVC Cup campaign
Brian Poe-Llamanzares receives his PhD in Public Administration
Mayor bares issues vs closed QC school
Peso loses ground vs US dollar
Don't miss out on the latest news and information.