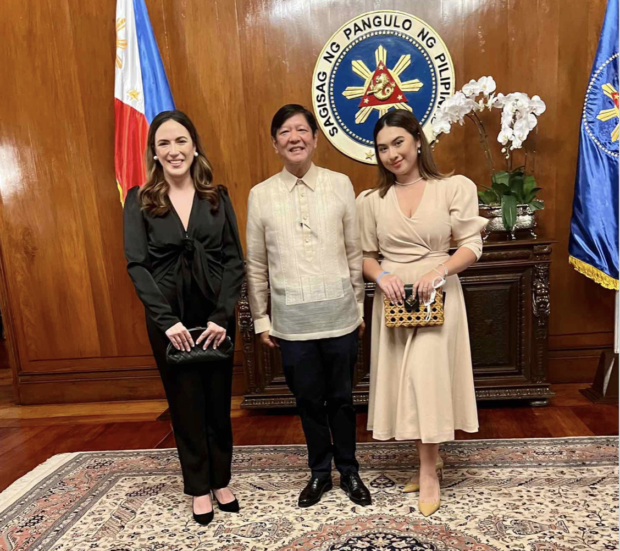 Photo courtesy of Lala Sotto (clad in a black pantsuit).

MANILA, Philippines — Former Quezon City councilor Diorella Maria “Lala” Sotto-Antonio, the daughter of former Senate President Vicente Sotto III, has been appointed as the new chairperson of the Movie and Television Review and Classification Board (MTRCB).

Sotto-Antonio was named by President Ferdinand “Bongbong” Marcos Jr. to head the board, according to the office of the former Senate President.

President Ferdinand Marcos Jr. has picked former QC councilor Lala Sotto to head the Movie and Television Review and Classification Board, accdng to the office of ex-Senate President Tito Sotto.

Lala is the daughter of the former Senate President. 📸: Sotto's office pic.twitter.com/VE7v89zrgg

She finished her studies at the Dela Salle University College of St. Benilde, where she took her bachelor’s degree in consular diplomatic affairs.

Her father, former Senate President Sotto, thanked Marcos for his “trust and confidence.”

“Thanking the President for the trust and confidence. I believe she will do well given her background,” former Senate President Sotto said.

“Besides, she has two excellent women former chairpersons to emulate, Sen Grace Poe and Congresswoman Rachel Arenas,” he added.