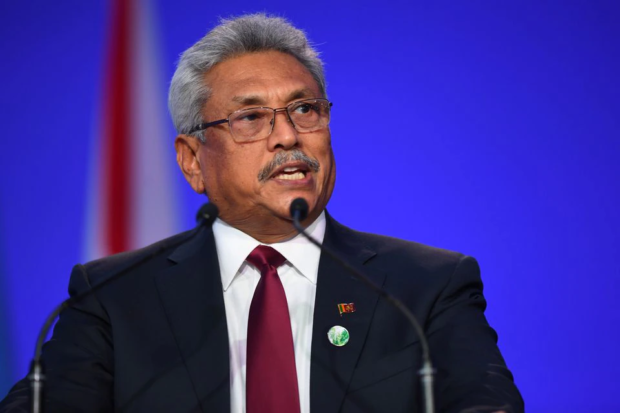 The island nation has suffered months of blackouts, rampant inflation and critical shortages of food and petrol after running out of foreign currency to finance imports.

Rajapaksa said he had spoken with his Russian counterpart Vladimir Putin to ask for supplies of urgently needed fuel on loan and to “humbly” request the resumption of flights between Moscow and Colombo.

“We unanimously agreed that strengthening bilateral relations in sectors such as tourism, trade & culture was paramount in reinforcing the friendship our two nations share.”

The United States and European Union have both imposed embargoes on Russian oil in response to the country’s February invasion of Ukraine.

Sri Lanka had bought around 90,000 tonnes of Siberian crude in May through an intermediary in Dubai, but ran out of dollars to purchase more.

Russia and Ukraine were among the top sources of tourists for Sri Lanka before February’s conflict began.

Sri Lanka is facing its worst economic downturn since it gained independence from Britain in 1948.

The government defaulted on its $51 billion foreign debt in April and is in bailout talks with the International Monetary Fund.

European nations, Australia and the United States have asked their citizens to avoid travelling to Sri Lanka because of the deepening crisis.

The country has almost entirely run out of petrol and diesel, with non-essential government offices and schools ordered shut in an effort to conserve limited supplies of fuel.

Read Next
Australia expands fourth COVID-19 dose rollout amid fresh Omicron threat
EDITORS' PICK
House energy committee chair Arroyo bats for cheap electricity
Why Tagle is a leading papal contender
KWF has no power to ban, censor written works – Lagman
Powered by style, innovation and passion
A laptop that maximizes your WiFi so you can maximize your productivity
In Borongan, nuns play hoops (not mahjong)
MOST READ
Why Tagle is a leading papal contender
Zubiri on SRA mess: Shameful, disgusting
Gilas gets solid core with Clarkson, Sotto planing in
Arjo Atayde reveals proposal to Maine Mendoza was ‘more than a year’ in the making
Don't miss out on the latest news and information.