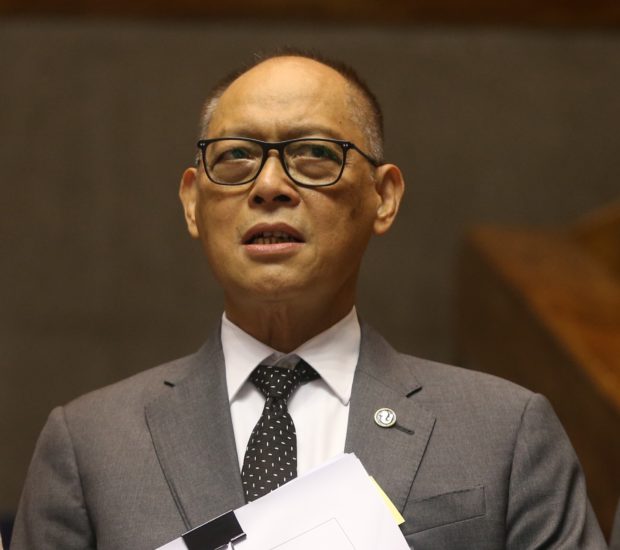 Diokno claimed Wednesday that Marcos Jr. was referring to the January to June average inflation rate of 4.4 percent.

“Let me begin by saying that the President’s disbelief at the 6.1 percent June 2022 inflation rate figure was misunderstood,” the Department of Finance (DOF) chief said in a Palace briefing.

“He was referring to it as a full-year figure when in fact the year-to-date, meaning January to June inflation rate is actually 4.4 percent. That’s what he has in mind,” he added.

Earlier Tuesday, the government’s Philippine Statistics Authority (PSA) reported that the inflation rate in June hit 6.1 percent. Later the same day, in his first public briefing as the country’s Chief Executive, Marcos Jr. said he “disagrees” with the figure.

“I think I will have to disagree with that number. We are not that high,” he said.

“We have crossed the – our targets were less four percent or less. Unfortunately, it looks like we may cross that threshold. Tatawid tayo sa four percent,” he added.

According to Diokno, the Bangko Sentral ng Pilipinas (BSP) projects the monthly inflation rate a few days before the official announcement.

He claimed that the inflation rate of 6.1 percent for June is within the BSP’s forecast range of 5.7 to 6.5 percent for that month.

“From January to June 2022, as earlier mentioned, the average inflation rate of 4.4 percent is still within the Development Budget and Coordination Committee’s target of 3.7 to 4.7 percent for the year as of May 24th, 2022,” Diokno explained.

He likewise backed Marcos Jr., who earlier said that the issue of the soaring inflation rate is a problem faced not only in the Philippines but “everywhere.”

“Rest assured, the recent acceleration of inflation will be arrested by the government through addressing constraints in the food, energy, and transportation and logistics sectors,” he added.

Marcos Jr. also said Tuesday that the inflation rate is a problem not only in the Philippines but “everywhere” and that “much of our inflation is actually imported inflation.”

“Much of our inflation is actually imported inflation. It is imported because it is the inflation on the products that have suffered inflation that we import. So sumama na ‘yung inflation nila doon sa atin,” he added.