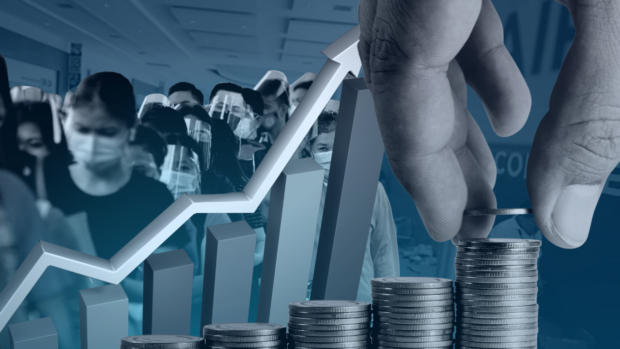 In his first public briefing as president, Marcos Jr. was asked about the country’s inflation rate soaring to 6.1 percent, the highest since October 2018.

He said the inflation rate is a problem not only in the Philippines but “everywhere.”

But Marcos Jr. said he “disagrees” with the figure.

“I think I will have to disagree with that number. We are not that high,” Marcos Jr. said.

“We have crossed the—our targets were less four percent or less. Unfortunately, it looks like we may cross that threshold. Tatawid tayo sa four percent,” he added.

Marcos Jr. seemed to be referring to the inflation target earlier announced by the government’s Development Budget Coordination Committee (DBCC). From 2022-2024, the country’s target average inflation is between 2 to 4 percent.

The PSA report of a 6.1 percent inflation rate only covers June and is not the average inflation for this year.

Marcos Jr. then said that “much of our inflation is actually imported inflation.”

“Much of our inflation is actually imported inflation. It is imported because it is the inflation on the products that have suffered inflation that we import. So sumama na ‘yung inflation nila doon sa atin,” he added.