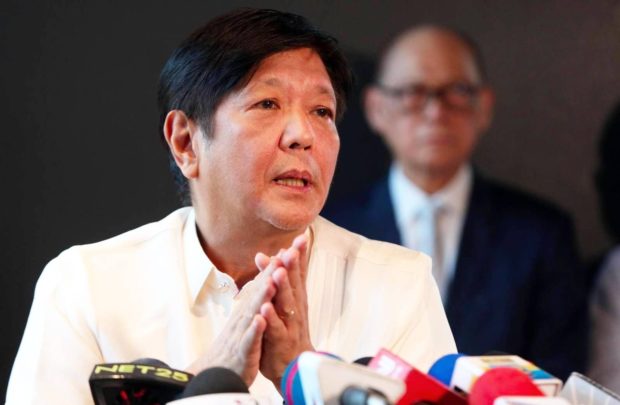 In a briefing with reporters in Malacañang after their first Cabinet meeting, Marcos Jr. mentioned that while they do not prefer importing food products, they are left with no recourse as key items such as pork, chicken, rice, and corn need to be imported to ensure adequate supply.

Ensuring food security, he said, is key to having a vibrant future for the country.

“That is why I made agriculture the single, the highest priority of everything that we are doing because you cannot build a strong economy unless you have a foundation of a robust agricultural sector which assures food supply even in emergencies,” he added.

Marcos Jr., in particular, mentioned the country’s problem with African swine fever (ASF), which afflicts a massive chunk of the country’s hog-raising industry. This, he said, forces the government to import more pork products.

“Ang sa protein side doon medyo pilit tayo because when it comes to pork, ‘yong ASF talaga natin hindi natin ma-control for various reasons.  So we’ll still have to import a lot of the pork products,” he said.

Marcos Jr. noted that production is not high for poultry because feeds needed to grow fowls — specifically, corn — are also lacking.

Marcos Jr. earlier said that the importation of goods is not only meant to decrease prices in the market, even as imports are seen to be stabilizers of commodities’ costs. He issued this pronouncement after he met officials of the Department of Agriculture – where he would concurrently serve as Secretary for now.

He said that his administration’s goal is to increase production for the next two quarters or until Christmas.

“Importation has been used as a price stabilization measure, I don’t think that is the primary reason for the importation that we’ll do as a matter of fact we are going to try, I think we will do it in the Department of Agriculture, to boost production of rice and corn in the coming two quarters, hanggang Pasko (up to Christmas),” he said.

Marcos Jr. has vowed to focus on food security — an area that economic experts asked him to check amid the global crisis that has pushed prices upwards.

Earlier, the Philippine Statistics Authority noted that an increase in prices of food products and non-alcoholic beverages were the main drivers for the 6.1 percent inflation rate in June.