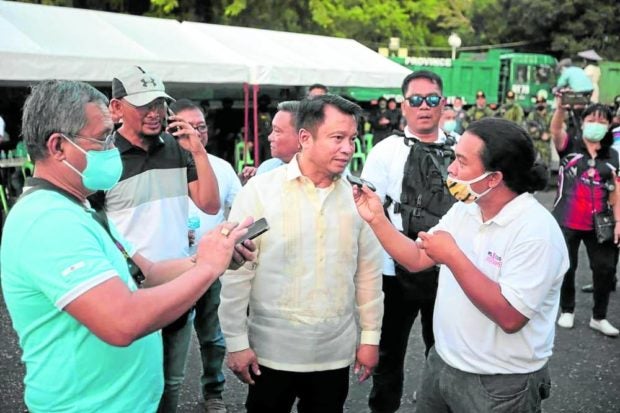 Degamo left the capitol building past 5 p.m., allowing Henry Pryde Teves to assume his post as the new governor.

Degamo’s camp had yet to release a statement as of Friday afternoon.

Teves, who was mayor of Bayawan City before he ran for governor and a former congressman of the third district of the province, called on Negrosanons to focus on the future.

“Let’s move on. We don’t have time for any squabble. We are facing a tough task ahead, not only here in Negros Oriental but also in the entire country,” he said. “I ask for your support and cooperation. Let’s do this together. I’ll be the captain of the ship so please help me,” he added.

Degamo was disputing Teves’ victory at the Commission on Elections (Comelec), claiming a nuisance candidate, who garnered around 49,000 votes, was fielded during the elections to confuse voters. Teves won against the reelectionist governor by only 19,435 votes. 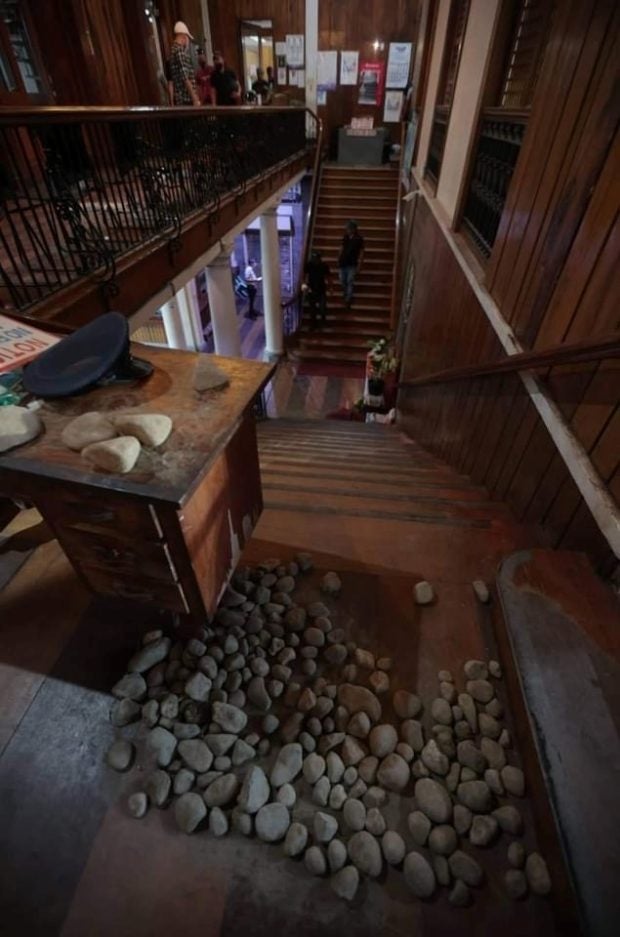 STONE OFFENSIVE? Stones of varying sizes are left on the stairs leading to the governor’s office in Negros Oriental after defeated Gov. Roel Degamo vacated his post at past 5 p.m. on Thursday after a four-day standoff. —PHOTO COURTESY OF DENNIZ FUTALAN OF YES THE BEST DUMAGUETE

The Comelec has declared as nuisance candidate Grego Gaudia Degamo who registered his name in his certificate of candidacy for governor as Ruel Degamo.

Degamo wanted the votes obtained by Ruel Degamo to be counted in his favor but the Comelec had yet to decide on his petition as Ruel Degamo had also asked the poll body to reconsider its decision to disqualify him.

Degamo had not left his office since Monday but tension escalated on June 30, the last day of the term of the office of outgoing officials, when about 100 of his supporters gathered and put up barbed wires in front of the capitol compound while some 10 provincial trucks barricaded the area to stop Teves from entering the building.

Policemen in full battle gear were deployed to the capitol to stop the situation from escalating.

Around 5:30 p.m. on Thursday, Degamo was seen going out of the capitol’s backdoor escorted by policemen based on a video taken by a radio reporter. He left on board his vehicle in front the main gate of the Negros Oriental State University, just a few meters from the capitol building.

Authorities then cleared the capitol and allowed Teves to take over.