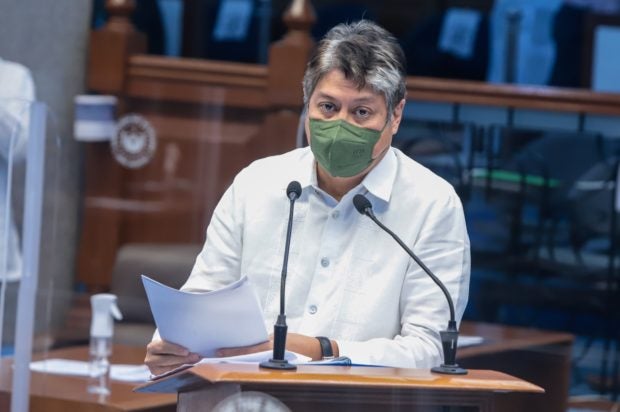 MANILA, Philippines — The fight for truth and justice is not yet over for former Senator Francis “Kiko”  Pangilinan, who stepped down from national office after nearly two decades.

His last term as a senator ended at 12 noon on Thursday.

“It has truly been a distinct honor and a privilege to have been an elected public servant and leader in the unfolding of history in our beloved yet beleaguered nation, in fighting mightily in the trenches alongside each and everyone of you,” Pangilinan wrote on Facebook.

“It has definitely been the most challenging, most meaningful and most difficult period in my political life thus far and to my mind, we emerged from it with our heads held high, our souls intact, ‘bloodied yet unbowed,’” he said.

He said his six-year term in the Senate ended “on a high note despite having been unable to achieve certain desired goals.”

“This simply means that our journey, our struggle to help provide accountable and effective leadership is far from over,” Pangilinan pointed out.

“We are definitely not done yet and as such we will plod on mightily albeit ‘marching separately’ given the circumstances,” he further  said.

Pangilinan earlier underscored the need to continue to fight for the country and the people, especially for the weak and the voiceless.

“In our common desire to defend the truth and uphold justice, we will continue to do so with unwavering resolve,” he said. “We will never surrender. We shall keep the faith. We will soldier on.”

“This is definitely not the end,” he said, adding that “the work we have collectively begun remains unfinished.”

Pangilinan ran but lost the May 2022 vice presidential race to then Davao City Mayor and presidential daughter Sara Duterte-Carpio.