Pangilinan: I have no regrets running for VP post despite loss | Inquirer News

Pangilinan: I have no regrets running for VP post despite loss 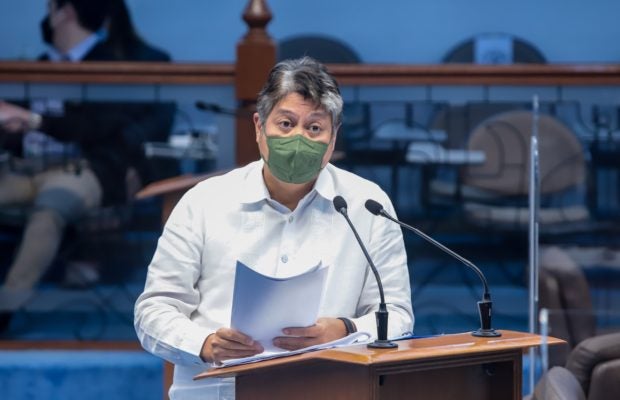 MANILA, Philippines — Outgoing senator Francis Pangilinan said Tuesday he has “no regrets” running for the vice presidential post despite his loss, saying he was able to bring his advocacy on food security and agriculture “front and center.”

Pangilinan said he is eyeing to return to farming once his term as a senator ends this month.

“No regrets at all because if I think about it, if I didn’t accept the challenge, forever I would have asked myself until the day I die, ‘What if I did that?’ I have no regrets,” Pangilinan said in an interview with ABS-CBN News Channel.

“I was able to bring the agenda of our farmers and fisherfolk front and center and we’ll continue to do so. We did this for our kids, we fought for what we believe to be empowering, people-centered, responsive, and effective governance and it’s not over,” he added.

Asked what he is planning to do next, Pangilinan said he will continue with his advocacy on food security and agriculture and also help with outgoing Vice President Leni Robredo’s non-government organization, Angat Buhay.

“I did step down in 2013 and became a full-time farmer and our agriculture advocacies continue… Life will go on, farming is my priority. The challenges to farming continue,” Pangulinan said.

“People will still have to eat regardless of the outcome of the elections so that’s what we’re planning to do,” he added.