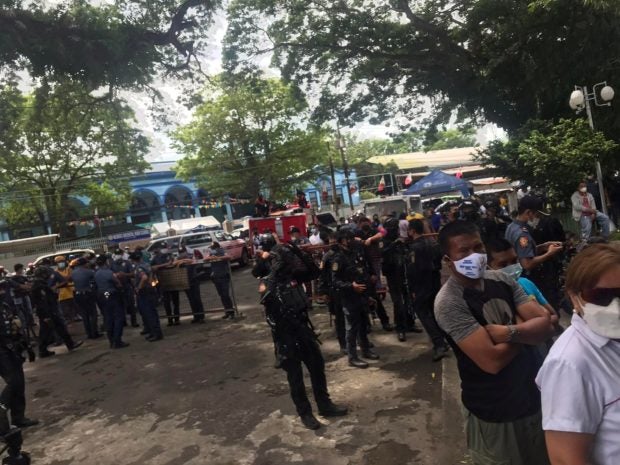 DUMAGUETE CITY—Supporters of defeated Negros Oriental Gov. Roel Degamo gathered on Thursday, June 30, in front of the provincial capitol to prevent the new governor from assuming the post.

At least 100 people put up barbed wires in front of the capitol to stop newly elected Gov. Pryde Henry Teves from entering the building, a police officer said.

Teves on Thursday morning took his oath of office at the Hall of Justice in Dumaguete, located around 100 meters from the capitol.

Policemen in full battle gear were deployed at the Negros Oriental capitol to prevent any untoward incident despite reports that stones were thrown at them by the protesters.

Teves released his first executive order for law enforcers to “security-sweep” or ensure the safety of the capitol area.

Degamo appealed to the Commission on Elections to invalidate votes for a third candidate with a similar name, and credit these votes to him.