Bongbong Marcos vows reform in PH education: Not in history but in sciences, vocational skills 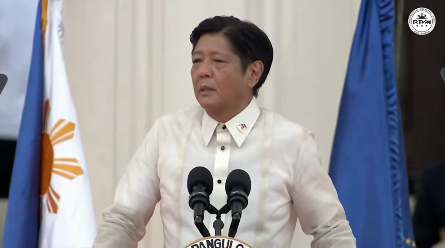 “What we teach in our schools, the materials used must be retaught. I am not talking about history, I am talking about the basics, the sciences, sharpening theoretical aptitude and imparting vocational skills such as in the German example,” Marcos Jr. said in his inaugural speech Thursday.

“Alongside, the national language, with equal emphasis and facility in a global language, which we had and lost,” he added.

The new president also said overseas Filipino workers (OFWs) should be trained with more skills to make them more competitive.

According to Marcos Jr., Filipinos could still be held in high regard with the Department of Education portfolio under Vice President Sara Duterte.

“Let us give OFWs all the advantages we can to survive and to thrive. Our teachers, from elementary, are heroes fighting ignorance with poor paper weapons. We are condemning the future of our race to menial occupations abroad. Then, they are exploited by traffickers,” he said.

“Once, we had an education system that prepared coming generations for more and better jobs. There is hope for a comeback. Vice President and soon Secretary of Education Sara Duterte-Carpio will fit that mission to a tee,” he added.

Education has been one of the key issues raised during the 2022 presidential campaign, with various candidates including Marcos Jr.’s fiercest rival, former vice president Leni Robredo, calling on the government to declare an education crisis.

As early as 2012, the United Nations have been calling out the national government about its spending on the education sector.  A study from the World Bank showed that 80 percent of Filipino children do not have the reading and numerical skills required for their age.

READ: 80% of PH kids don’t know what they should know – World Bank

Marcos Jr. did not expound on his quick clarification that he was “not talking about history” when he pitched for education reform.

But he and his family have been earning criticism for allegedly trying to revise Philippine history in favor of his late father, former dictator Ferdinand Marcos Sr., and to tidy up their name – which has been associated with extravagance, plunder, massive corruption, and rights violations following Marcos Sr.’s martial rule.

But several personalities, including former-Senate president Vicente Sotto III, said it is almost impossible to revise history as many books have already been written about what happened in the country in the past.

The Marcos family has claimed, however, that they have been wrongly judged by people, insisting they did not perpetrate the rights violations as some ill-gotten wealth cases lodged against the family have been dismissed by anti-graft court Sandiganbayan.