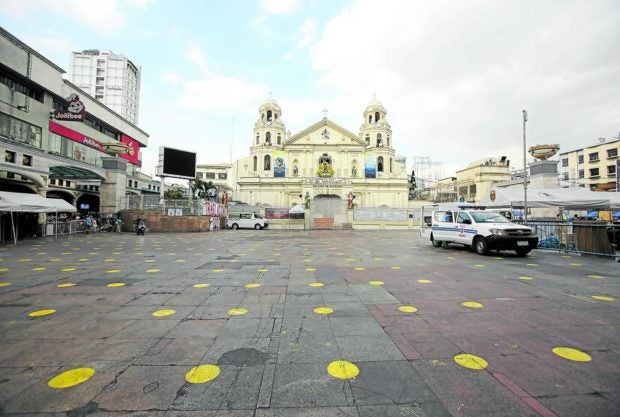 MANILA, Philippines — To ensure the “peaceful holding” of its protest action on the inauguration day of President-elect Ferdinand “Bongbong” Marcos Jr., Bagong Alyansang Makabayan (Bayan) is moving its rally venue to Plaza Miranda.

Bayan Secretary General Renato Reyes made the announcement after he and the group’s other leaders met with the Philippine National Police (PNP) in a last-minute dialogue Thursday morning.

“In consideration of the peaceful holding of the rally program, and to avoid any untoward incident with Marcos supporters, and upon the request of the PNP, we have decided to move our rally venue to Plaza Miranda,” Reyes said in a statement.

Bayan was supposed to hold its demonstration at the Liwasang Bonifacio, which is around a kilometer away from the inauguration venue.

The inauguration ceremony for Marcos is scheduled before noon on Thursday.

Earlier, the PNP discouraged protests during Marcos Jr.’s  inauguration but said that if protesters insist, they would be allowed to gather in freedom parks and places which are not near the National Museum of fine Arts.