Several groups to push through with rally on Bongbong Marcos oathtaking 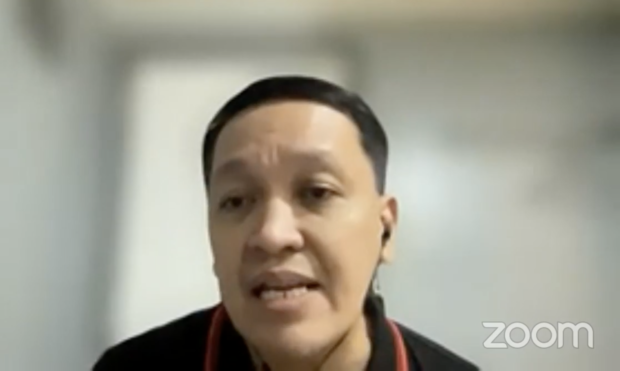 Bayan secretary-general Renato Reyes during an online press conference for the massive protest march that his group and others are planning to mount on June 30, inauguration of President-elect Ferdinand “Bongbong” Marcos Jr. Screengrab from Bayan / Facebook

Renato Reyes Jr., secretary-general of the Bagong Alyansang Makabayan (Bayan), said that the demonstration will be held at the Liwasang Bonifacio (Bonifacio Square) in Manila starting 9 a.m.

Reyes said that since the venue is a freedom park, the groups do not need to secure a permit from the local government to conduct the demonstration.

(We want to express the crisis and problems faced by our country. Our countrymen are suffering from high prices of goods and low salaries. It is just right that they hear the voices of the people on June 30.)

(They should not silence the people because there is basis in our intention to express.)

The demonstration, Reyes said, will be a way for the masses to inform the government of the issues that the administration has to address.

Reyes said that demonstration cannot be stopped by police authorities as well since it will be conducted in a freedom park.

(They can be charged if they intervene or stop anyone who wishes to demonstrate and express themselves at the freedom park.)

On June 13, during a press briefing at Camp Crame, acting police chief Lt. Gen. Vicente Danao Jr. was asked about the Philippine National Police (PNP)’s preparations, considering that the inauguration will be near the usual rally points.

Danao said that he would even bring rally attendees near the inauguration site if they will be shouting “mabuhay.”

Days later, the PNP clarified that the organization is not against the free speech of the masses, but was only worried about left-leaning groups joining opposition rallies during the inauguration of Marcos Jr.