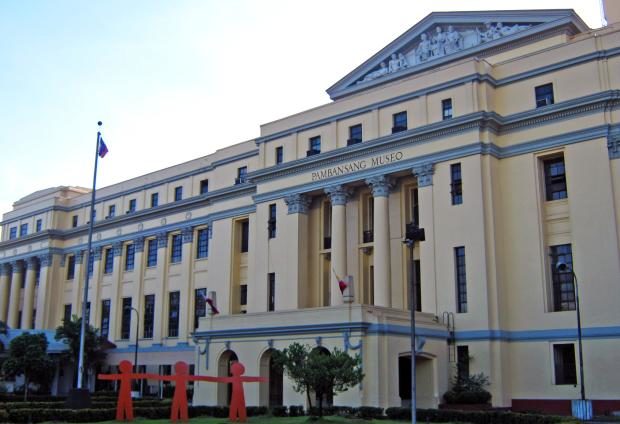 The National Museum, or Pambangsang Museo, in Manila, will be venue of the inauguration of President-elect Ferdinand Marcos Jr.  (INQUIRER.net file photo)

MANILA, Philippines — The Philippine National Police (PNP) continues to discourage protests during the inauguration of President-elect Ferdinand “Bongbong” Marcos, but if protesters insist, they would be allowed to gather in freedom parks and places that are not near the National Museum, where the oath-taking will be held on Thursday.

“Our mantra is not to curtail the freedom of expression and the right to peaceably assemble, but the same constitutional rights should not be abused leading to acts of violence and disorder,” Lt. Gen. Vicente Danao Jr., the PNP officer in charge, said in a statement issued on Monday.

But for those who would still hold protests, Danao said: “Maximum tolerance remains the underlying policy and no gesture of violence will come from the law enforcers.”

“The PNP will only act accordingly in response to the situation, and persons responsible for any outbreak of violence will be held accountable for their actions. Blatant violation may include the destruction of property, obstruction of traffic, and other forms of public disturbance,” he added.

Online protests are not an option

The Bagong Alyansang Makabayan (Bayan) dismissed as an option the suggestion of the PNP for critics to just voice their protests online.

“It is so hypocritical and stupid for the PNP to call on groups to hold online protests instead of physical protests on June 30, when the state has sought to block our very presence online. In case the PNP has forgotten, our websites have been blocked by NTC [National Telecommunications Commission]. Even the space online is rapidly shrinking,” Renato Reyes, Bayan secretary-general,  said.

“This regime always finds ways to suppress people’s rights, whether online or offline,” he said.

In a memorandum dated June 8 but released to media only on June 22, the NTC ordered 27 websites belonging to 25 organizations on the request of the National Security Council (NSC).

According to National Security Adviser Hermogenes Esperon Jr., the organizations are affiliated with or supportive of the Communist Party of the Philippines, the New People’s Army, and the National Democratic Front (CPP-NPA-NDF).

Among the red-tagged websites are those belonging to alternative media publications Bulatlat and Pinoy Weekly — both of which focus on the plight of workers in different under-appreciated sectors.

Even during the proclamation of winners in the May 2022 polls, Bayan and the PNP already had a clash of opinions about the rallies that were held then.

In one anti-Marcos rally at the compound of the Commission of Human Rights (CHR) on Commonwealth Avenue in Quezon City, police dispersed protesters with water cannons. The protesters reportedly were kicking the riot shields of members of the PNP Civil Disturbance Management.

After that incident, Danao warned again that rallies near the Marcos inauguration site would not be allowed — unless participants would be chanting “mabuhay” (“long live”) at the president-elect. In that case, they would be brought near the venue.

Bayan asked whether the PNP was favoring a specific camp, saying that discrimination should not affect the right to free speech and peaceful assembly.