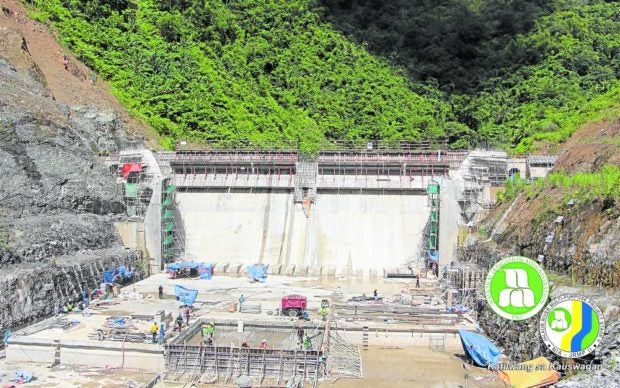 WATER FOR FARMS | The construction of the P11.2-billion Jalaur River Multi-Purpose Project Stage II in Calinog, Iloilo, is 5- percent complete as of May. Once finished in 2023, it is seen to boost the government’s drive to stabilize food supply and production. (Photo from the Western Visayas office of the National Irrigation Administration)

ILOILO CITY, Iloilo, Philippines — The construction of the P11.2-billion mega dam project in Iloilo province, the biggest such project outside of Luzon, is halfway done, according to the National Irrigation Administration (NIA).

Sen. Franklin Drilon, the main proponent of the Jalaur River Multi-Purpose Project Stage II (JRMP II) is hoping that President-elect Ferdinand Marcos Jr., who will be the acting agriculture secretary, will include the completion of the project as among the next administration’s priorities.

“The completion of this mega dam by December of next year will provide the much-needed push in the incoming administration’s efforts to address the numerous challenges to the country’s food security,” Drilon said in a statement.

“Its immediate completion will play a crucial role in the Marcos administration’s commitment to stabilize the food supply and improve food production,” he said.

The mega dam is expected to produce 86,400 cubic meters of water per day and boost palay production by 141,000 metric tons or by 71 percent, according to engineer Jonel Borres, project manager.

As of May, construction work of the JRMP II had reached 50.06 percent.

The JRMP II’s project management office, in a statement, said the accomplishment included those in the ongoing construction of dams, canals, irrigation facilities, and other components.

The major components of the mega dam project in Calinog town include three dams (reservoir, afterbay and catch dams), a 6.6-megawatt hydropower plant, and an 81-kilometer high line canal.

As of May this year, the high dam, the main reservoir of the project, was already 42.1 meters high out of the designed 109 m.

The high dam is intended to store 250.70 million cubic meters of water which will be used for irrigation, hydropower, bulk water, inland fishery and ecotourism purposes.

Construction of the 38.5-m afterbay dam is also ongoing reaching 20 m in height as of May. The project is implemented under a $203-million loan agreement with the South Korean government through Korea Eximbank with a counterpart fund from the Philippine government amounting to P2.2 billion.

Its construction began on April 10, 2019. The project is targeted to be completed in 2023 with operations set in the first quarter of 2024.

Construction of P11.2-B mega-dam project in Iloilo on track