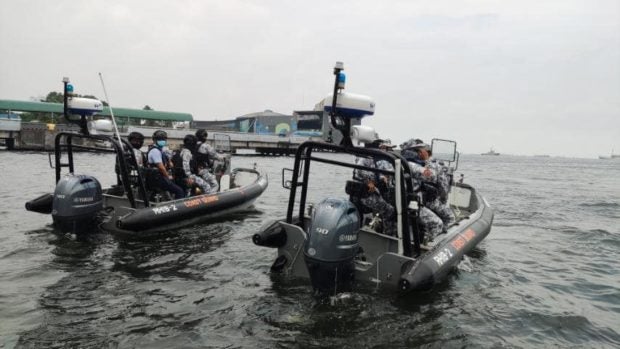 MANILA, Philippines — The Philippine Coast Guard (PCG) is all set for the inauguration of President-elect Ferdinand “Bongbong” Marcos Jr., including possibly evacuating him by water in case of “extreme emergencies,” its spokesperson said Tuesday.

PCG earlier deployed its vessels and personnel to augment the security measures of the Philippine National Police (PNP) and the Armed Forces of the Philippines (AFP) ahead of the incoming chief of state’s oath-taking ceremony on Thursday.

(If there’s an extreme need to use water mobility during the inauguration, we’re ready for it.)

(In cases of extreme emergencies and if there’s no other option left, transporting via Pasig River and Manila Bay is also included in the evacuation plan for Marcos)

Balilo also noted that PCG forces will be on full blast in Manila Bay and Pasig River from Tuesday to Thursday.

(In coordination with the PNP and the AFP, all of our assets have been deployed and positioned starting today until the end of the inauguration. We will be patrolling 24/7 in the Pasig River, and we’ll also be monitoring in the Manila Bay.)

More than 100 security personnel and a medical team from the PCG will be stationed near the National Museum during Marcos’ inauguration. Rigid hull inflatable boats, aluminum boats, personal watercraft, and land vehicles have also been sent by the Coast Guard for the said occasion.