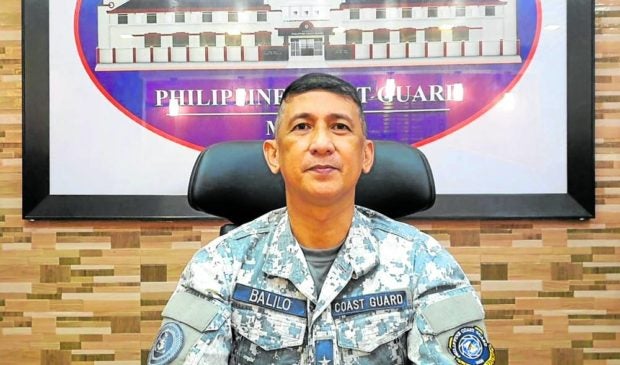 MANILA, Philippines — The Philippine Coast Guard (PCG) has not monitored any security threat that may disrupt the inauguration of President-elect Ferdinand Marcos Jr. at the National Museum in Manila on June 30, an official said Friday.

While this may be the case, PCG spokesman Commodore Armando Balilo said the agency will still exercise a high level of vigilance for the upcoming event.

(While there is no information about threats occurring during Marcos’ inauguration, we have instructed all personnel to remain vigilant.)

(We must be observant and get the cooperation of the public so that any suspicious movements by people or vehicles will be reported to authorities.)

The PCG will send some of its assets and personnel to beef up the security for the inauguration of Marcos.

No ‘no sail’ zone

The PCG did not impose a “no sail zone” except in a specific area in Pasig River and the Malacañang restricted area.

(We did not see the need to impose a “no sail zone” because the Malacañang restricted area is enough.)

(We have already given notice to our mariners and they understand it.)

Vessel activities are still allowed in Manila Bay but PCG will monitor any suspicious activity there, Balilo said.

(Manila Bay is not restricted and if there are vessels that will come near and we observe that there are untoward intentions, the PCG is there to suppress it.)