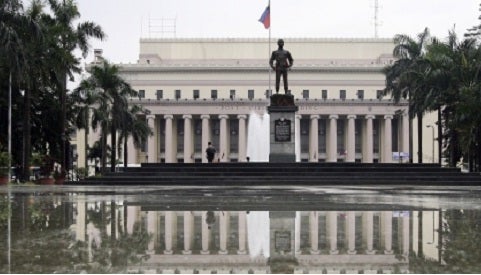 The designation of areas for protest rallies is “the PNP’s way of recognizing the right of individuals and groups to assemble and express their thoughts on various issues,” De Leon said in a statement on Monday.

He added: “This right is not absolute. There are some limitations that must also be observed, especially if the activities would already infringe on the rights of others in terms of inconveniences and issues relating to peace and order.”

He hoped that protesters would no longer insist on gathering near the National Museum.

“We will not permit them to cause trouble or disruption, especially during the activity, as the world will be watching and there will be delegations from various countries present,” De Leon said.

But he said that even at the freedom parks, civil disturbance management units would be deployed to prevent protesters from holding their demonstrations elsewhere.

LED screens would be set up in various areas nationwide to enable more people to witness the inauguration.

A gun ban was also put into effect in Metro Manila since Monday until July 2.

About 6,700 police personnel have been deployed for the inauguration.

“We have not received any serious threat except for the rallies that they want to stage. Mean[while], we are not confident of this. We are validating several information and whether it is true or not we will be ready to respond correspondingly,” De Leon said.

According to Col. Jean Fajardo, PNP spokesperson, about 1,200 VIPs are expected to attend.

She said “[t]his is the reason we have convoy dry runs and rehearsals, because we are expecting 50 to 60 buses to be used in transporting the VIPs.”

Fajardo said police units from the Calabarzon (Cavite, Laguna, Batangas, Rizal and Quezon) and Central Luzon regions were tasked to conduct border control checks together with police assigned to the National Capital Region.

The regional police will also be on standby as an additional security contingent, she said.