Village exec, 3 others nabbed for illegal guns in Bicol 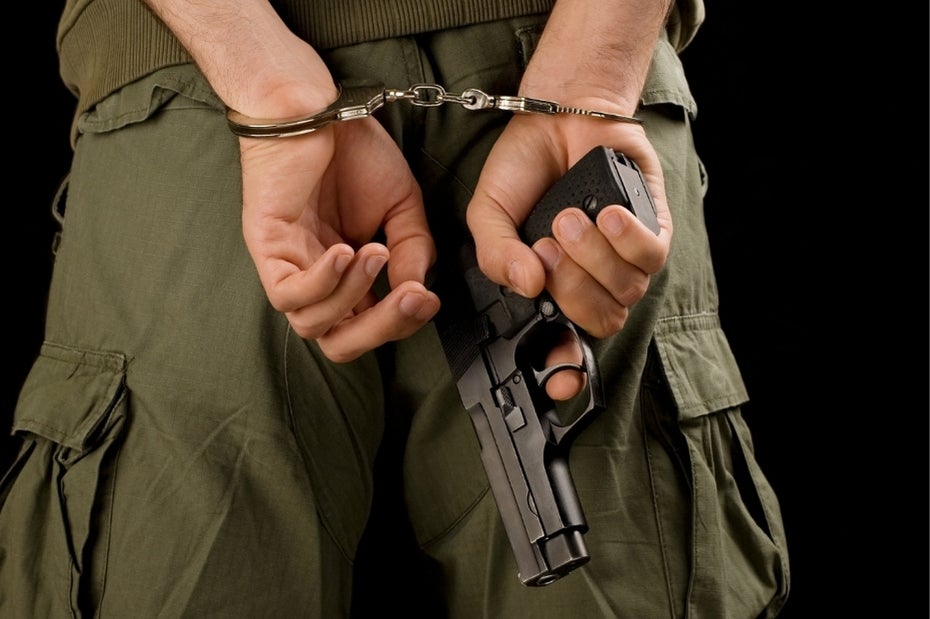 LEGAZPI CITY—A village councilor and three others were arrested for alleged possession of illegal firearms in separate operations on Sunday and Monday (June 26 and 27) in the Bicol region.

The report said Samudio was a high-value target and was on the illegal drugs watch list in the region.

He is reportedly a member of the Sorreda Gang, which is into robbery, gunrunning, and the illegal drugs trade.

In Claveria town in Masbate, Jerwin Alicante, 34, was arrested in a search operation at 4:45 a.m. in Barangay Albasan.

Recovered were a 357 revolver and four rounds of live ammunition.

In Placer town, Bernadito Lecciones, 32, a village councilor, was also arrested in a search operation at 3:57 a.m. Monday in Barangay Pasiagon.

Calubaquib said police recovered 91 rounds of live ammunition for caliber 9mm from the residence of Lecciones.

In Cataingan town, Dennis Etcobanez Sr. was arrested in another search operation at 4:45 a.m. in Barangay Cagbatang.

A .45-caliber pistol with a magazine and three live bullets were confiscated from the suspect.