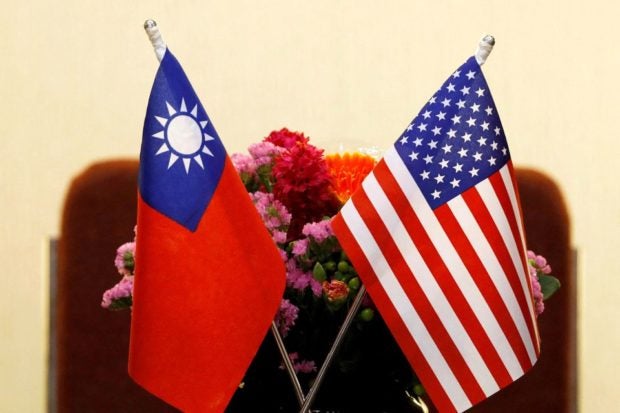 TAIPEI — Taiwan and the United States will hold trade talks on Monday under a newly agreed framework, the office of the U.S. Trade Representative said.

The initiative was unveiled this month, just days after the Biden administration excluded the Chinese-claimed island from its Asia-focused economic plan designed to counter China’s growing influence, the Indo-Pacific Economic Framework, or IPEF.

The United States does not have official ties with Taiwan, a major producer of semiconductors, but has been stepping up engagement as China seeks to isolate it from global institutions.

China vows to ‘fight to the end’ to stop Taiwan independence

Read Next
Japan braces for power crunch as temperatures climb, rainy season ends
EDITORS' PICK
vivo brings to the Philippines a powerful smartphone with a slimmer body, the vivo Y02s for only PHP 6,499
Palace: Biggest supermarkets in PH commit to sell sugar at P70 per kilo
What to watch out for when selecting a video surveillance solution
Heads may roll at BOC, says Palace if sugar smugglers are allowed to use recycled import permits
House energy committee chair Arroyo bats for cheap electricity
DOH reports increase in daily COVID-19 deaths, mostly unvaxxed
MOST READ
Metro Manila’s No. 1 wanted man arrested, says NCRPO
DepEd to give teachers P5K cash allowance within first week of classes
Jordan Clarkson arrives in Manila to bolster Gilas Pilipinas
Brian Poe-Llamanzares receives his PhD in Public Administration
Don't miss out on the latest news and information.