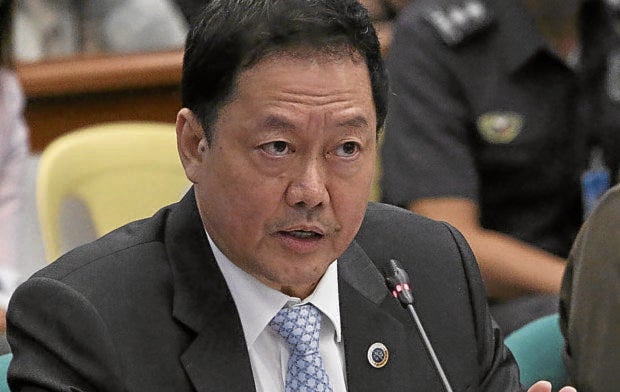 MANILA, Philippines — “I think he should have waited for our own efforts to bear some fruit,’’ Justice Secretary Menardo Guevarra said on Sunday after the head prosecutor of the International Criminal Court (ICC) called for the resumption of the inquiry into the thousands of killings and other atrocities in the Duterte administration’s war on drugs.

Guevarra said he respected Khan’s view but added: “An investigation of this magnitude and complexity cannot be finished in a few months.”

He expressed hope that his successor, Cavite Rep. Jesus Crispin Remulla, would continue the Department of Justice’s (DOJ) review of the anti-illegal drugs operations.

“I hope the incoming SOJ (secretary of justice) will complete what I’ve begun,” Guevarra said.

According to Khan, “there is no indication whatsoever that the (Philippine government) has investigated or is investigating the conduct of police and government leadership.”

In asking the Pre-Trial Chamber of the ICC to resume the investigation, Khan said the Philippine government’s earlier request to defer the ICC probe could no longer be substantiated. He noted that the government had dealt with only “a small fraction” of the killings and covered only “low-level (mainly direct) perpetrators.”

The Philippine Drug Enforcement Agency (PDEA) has reported that more than 6,000 people have been killed in police antidrug operations since 2016, but human rights groups said the number could be closer to 30,000.

Lawyer Edre Olalia, president of the National Union of Peoples’ Lawyers (NUPL) which serves as lead counsel for the drug war victims represented by Rise Up for Life and for Rights in the ICC case, dismissed Guevarra’s comment and reminded the outgoing justice secretary that the state had failed to investigate the drug war in its first five years.

As Olalia pointed out, the drug war review being touted by Guevarra only started in June 2020, when the international community, through the UN Human Rights Council, started to bear down on the government, and when the ICC case gained momentum.

“They had denied, defended, and delayed until blood was soaking all over the place and the whole world has been telling them for the longest time to stop, investigate, and exact accountability,” he said.

The DOJ initially released the summary of 52 cases involving 58 victims up for review in October 2021. That report found, among others, that police involved in drug-war related deaths had it easy and faced remarkably light punishment such as 30 days of suspension.

Just recently, Malacañang also dismissed the administrative charges filed against Police Col. Lito Patay, the leader of the so-called “Davao Boys” who were transferred from President Duterte’s hometown and made the Quezon City Police District’s Batasan Station the deadliest local enforcer during the early months of the drug war back in 2016. For human rights advocates, this was another proof that the administration was never keen on prosecuting officers involved in questionable operations.

Olalia added that acting presidential spokesperson Martin Andanar’s statement that the ICC was being “politicized” by seeking the resumption of the investigation was “as baseless as it is a poor sport’s excuse.”

“The rules, procedure, processes, mandate, and decisions of the ICC discount any infection of politicization, something we could not confidently say of the government’s weaponization of the law,” he added.

On Saturday, Malacañang expressed exasperation at Khan’s call for the resumption of the ICC investigations, seven months after it was suspended at the government’s request.

“For the nth time, we express exasperation on the latest request of the ICC prosecutor,” Andanar said in a statement.

In a 53-page document posted on ICC’s website on Friday night (Manila time), Khan asked the Pre-Trial Chamber to resume the investigation that centers on President Duterte’s war on drugs, which has been the subject of criticisms for supposedly violating human rights.

According to the ICC prosecutor, they have analyzed the manner of investigations done by the Philippine government—a consideration as to why the ICC probe was suspended in November—and concluded that necessary steps were not taken.

Last September 2021, the ICC Pre-Trial Chamber authorized the start of the investigation on the drug war. It was, however, stopped after ICC granted the Philippine government’s request, based on the reasoning that the justice system in the country was fully functional.