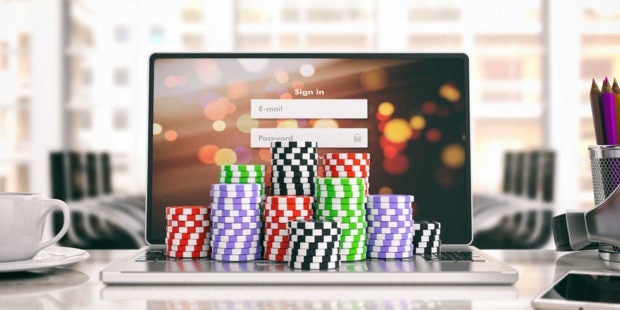 MANILA, Philippines — The state-run Philippine Amusement and Gaming Corp. (Pagcor) has yet to collect P2.328 billion as its share in the income of Philippine offshore gaming operators (Pogos) more than a year since the amount fell due, according to the Commission on Audit (COA).

This is part of the P2.97 billion in Pagcor’s income from Pogos that remain uncollected as of the end of 2021, revenues which the COA said the gaming regulator could have used to fund its mandate of contributing to nation-building.

State auditors informed Pagcor of the results of the 2021 audit in a management letter dated June 13 to Pagcor chair Andrea Domingo.

They noted that the “presence of substantial accounts receivable from Pogos has been a persistent issue for several years.”

This was despite collection procedures in Pagcor’s offshore gaming regulatory manual such as the issuance of a notice of delinquency to the concerned licensees, forfeiture of the performance bond, and the suspension, cessation, or cancellation of their offshore gaming license.

The manual also gives Pogos until the 15th of every month to settle their dues with Pagcor.

Pagcor explained that the past-due receivables from Pogos were due to the agency’s “intensive fight against illegal online gambling and its overzealousness to maximize collections for government coffers.”

The state gaming regulator added that it had been dealing with undeclared games, websites and operations suspected to be connected to POGO licensees.

In December 2017, it contracted a third-party audit platform service provider to give accurate and near real-time gross gaming revenue (GGR) from POGOs, which were required to be integrated into the platform.

In April and May 2018, the Pogos were billed an estimated fee based on average income performance or average GGR for the past 30 days, multiplied by the regulatory fee percentage since there was no definite amount of GGR from those suspected websites.

“The affected POGOs, due to the substantial amount of the regulatory fees, filed protest letters on various dates from May 2018 to October 2019. Some of the affected Pogos partially paid while some did not pay the billed amount, hence, resulted to the outstanding balances,” Pagcor’s letter read.

The COA advised Pagcor to “evaluate and validate the accounts receivable under protest, and provide the necessary adjustments” in its books, and for the agency to “revisit the effectiveness” of provisions in its POGO manual to improve the collection of fees.

It said Pagcor must also strictly comply with the billing and collection of regulatory fees and consider imposing a protest fee on POGOs filing disputes.

The COA had noted that regulatory fees were not collected from seven POGOs which filed protests on their billed fees, and that protests from four of these Pogos were still processed even if these were filed beyond the allowed date.

It also learned that the estimated fees billed to POGOs in April and May 2018, based on data from the third-party audit platform service provider, were “found to be inaccurate after its own revalidation procedures.”

As a result, Pagcor “admittedly billed the subject POGOs with inaccurate amounts and these were recognized as income in 2018.”

Three years after 2018, the third-party audit platform service provider informed Pagcor that it “failed to establish a clear linkage between the suspected undeclared websites and POGOs.”

However, the service provider could not be held liable for any incidental, special, punitive or consequential damages as stipulated in its consultancy contract with Pagcor.

There were about 60 Pogos that operated in the Philippines in early 2020, or before the COVID-19 pandemic. The number of accredited service providers for these Pogos reached 218 companies and employed some 150,000 people, of which about three-fourths were foreigners, mostly Chinese.

As of mid-May this year, the number of POGOs was down to 34 operators, after many left due to the pandemic and the franchise tax issue with the Bureau of Internal Revenue.

Pagcor chief: Over half of POGOs closed, left PH for Cambodia, Vietnam, Laos

P28.7B projected to be collected from Pogos in 2021 under tax regime bill