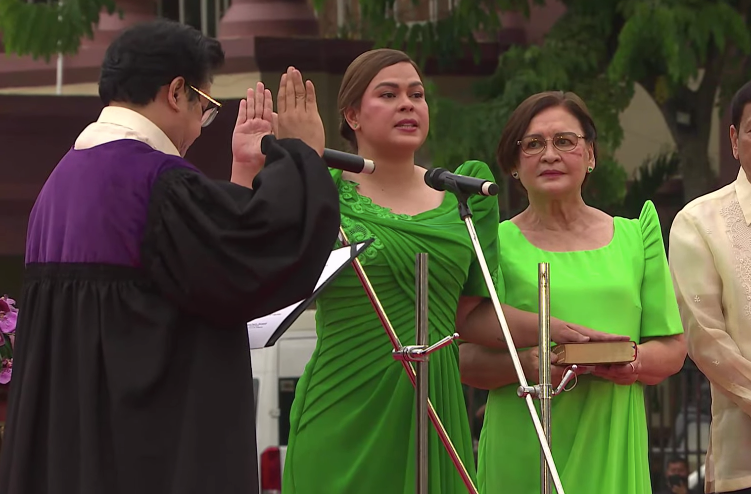 Duterte’s inauguration took place at San Pedro Square in Davao City — her hometown, where she is the outgoing mayor.

Aside from being vice president, Duterte will also serve as education secretary under the incoming administration of Ferdinand “Bongbong” Marcos Jr., her running mate.

The incoming vice president will hold office at the Quezon City Reception House — where outgoing Vice President Leni Robredo held office — and at the Department of Education Central Office in Pasig City.

Duterte won as vice president after receiving over 32 million votes in the May 9 elections.

Duterte, a lawyer, is Davao City’s first woman mayor and the youngest to have been elected to the post in the political history of the city.

Read Next
Prepare for the long haul, UK’s PM tells Western allies
EDITORS' PICK
House energy committee chair Arroyo bats for cheap electricity
Why Tagle is a leading papal contender
A laptop that maximizes your WiFi so you can maximize your productivity
PH resumes talks with China on Chinese-funded transport projects
Powered by style, innovation and passion
In Borongan, nuns play hoops (not mahjong)
MOST READ
Imee Marcos bares illegal importation of white onions
Why Tagle is a leading papal contender
Zubiri on SRA mess: Shameful, disgusting
Arjo Atayde reveals proposal to Maine Mendoza was ‘more than a year’ in the making
Don't miss out on the latest news and information.