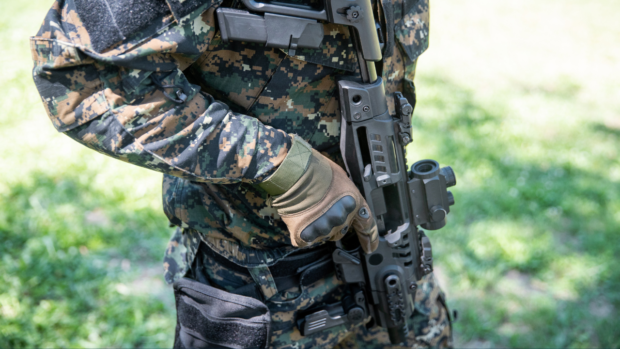 LIGAO CITY, Philippines–An Army official with a rank of major was shot dead and another soldier, a sargeant, was wounded in a shooting incident at Camp Weene Martillana in Pili town in Camarines Sur province on Saturday morning, June 18.

Maj. John Paul Belleza, the Army’s 9th Infantry Division public affairs office chief, told Inquirer in a text message that the incident transpired at the satellite finance unit of the camp at around 1:30 a.m.

The suspect, who was an Army captain, also died when he allegedly shot himself inside the camp after shooting his fellow soldiers.

The names of the suspect and the victims, who were personnel of the 5th Finance Service Field Office Finance Center, are yet to be disclosed.

Belleza did not provide other details on the incident as investigation by the military was ongoing.  /ra