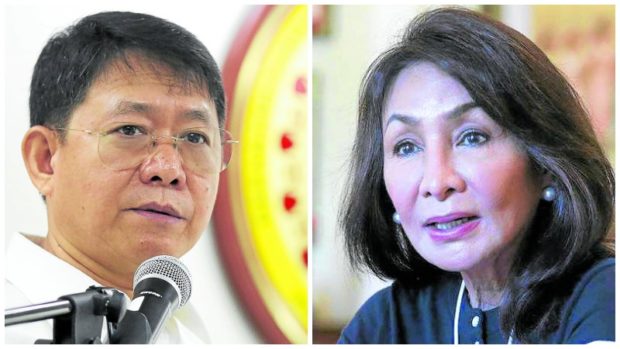 MANILA, Philippines — Interior Secretary Eduardo Año on Thursday gave the Cebu provincial government until the weekend to “rectify” its ordinance making the use of face masks outdoors voluntary before resorting to legal remedies.

Garcia issued Executive Order (EO) No. 16 on June 9, lifting the mandatory requirement of wearing face masks in open and outdoor spaces. It was adopted by the Cebu provincial board into an ordinance last Tuesday.

The Department of the Interior and Local Government (DILG) did not recognize the local government’s legislative actions, which said that the Inter-Agency Task Force for the Management of Emerging Infectious Diseases (IATF) rule on face masks is still in effect in Cebu province, as in the entire country.

“We will be giving the Cebu Provincial Government, the governor, and the councilors to amend, rectify and adjust their ordinance and EO, to be consistent with the EO 151 and the implementation of the alert level system, which is part of the EO 151,” Año said during a press conference at Camp Crame in Quezon City.

Asked what legal action he is referring to, Año said he is still consulting with his legal team.

“I’m consulting with my legal team and we will not announce it yet,” Año said, partly in Filipino.

“We’ll just do what is legal and what is commensurate to that particular action of the Cebu provincial government,” he added.