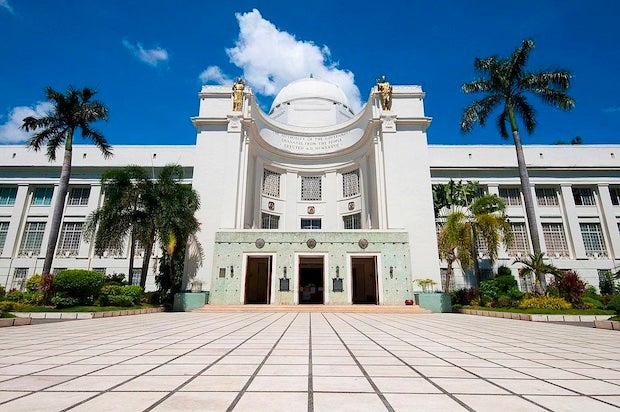 CEBU CITY, Cebu, Philippines — Gov. Gwendolyn Garcia’s controversial order last week making the wearing of face masks optional in open spaces has been adopted by the provincial board as an ordinance.

The board on Tuesday gave more teeth to Garcia’s Executive Order No. 16, despite an earlier opinion by the Department of Justice (DOJ) that a June 4 resolution of the Inter-Agency Task Force for the Management of Emerging Infectious Diseases (IATF), which keeps the wearing of face masks mandatory, will prevail over Garcia’s order.

The DOJ has also maintained that IATF guidelines are backed by President Rodrigo Duterte’s executive orders.

Police officials in Cebu have been dragged into this clash of wills between Garcia and the national government. The provincial police director, who had affirmed the Cebu governor’s stand on this controversy, was relieved of his post on Sunday.

It took the board only about 30 minutes to approve the EO as an ordinance, as proposed by Board Member John Ismael Borgonia, in a special session Garcia called to tackle the order.

Borgonia made his proposal on Monday, but it was not taken up for lack of quorum.

The next day Garcia sent a letter to the board certifying the EO’s approval—“on… 1st, 2nd and 3rd readings”—as urgent.

With the majority of the assembly being Garcia allies, the EO was immediately approved as an ordinance that would take effect 15 days after publication in a newspaper of general circulation.

“We made this EO an ordinance so that it will become a law in Cebu province. This ordinance will also repeal all previous ordinances in… [the] province that require face masks outdoors,” said Borgonia, chair of the committee on laws.

Following Interior Secretary Eduardo Año’s objections to Garcia’s EO which she issued last Wednesday, Justice Secretary Menardo Guevarra on Monday said “The IATF resolutions on the mandatory wearing of face masks, whether indoor or outdoor, are incorporated in… executive orders issued by the President.”

On Friday last week, Año said his department was not recognizing Garcia’s order and directed the Philippine National Police to “confront, apprehend and arrest, if necessary, all violators” of the IATF rule on face masks.

On Tuesday, Malacañang said it “support[ed] the legal opinion of the Justice Secretary,’’ while Interior Undersecretary Jonathan Malaya said his department would issue a show-cause order as a “last step” if Garcia would insist on implementing her EO.

Soriano earlier said he would be guided by Garcia’s EO regarding the observance of COVID-19 protocols in the province. However, his superior, Brig. Gen. Roque Eduardo Vega of the Police Regional Office in Central Visayas, said he would follow Año.

Explaining the relief of Soriano, PNP spokesperson Col. Jean Fajardo said a 2022 PNP Memorandum Circular allows provincial and city police directors a tenure of up to a year, extendable by three months if approved.

She said Soriano had been the Cebu director for more than a year and that his relief on Sunday was “for career advancement and to give greater opportunity to other qualified third-level [officers].”

—WITH A REPORT FROM NESTOR A. CORRALES

It’s mask on in Cebu as IATF rule to prevail, says DOJ chief