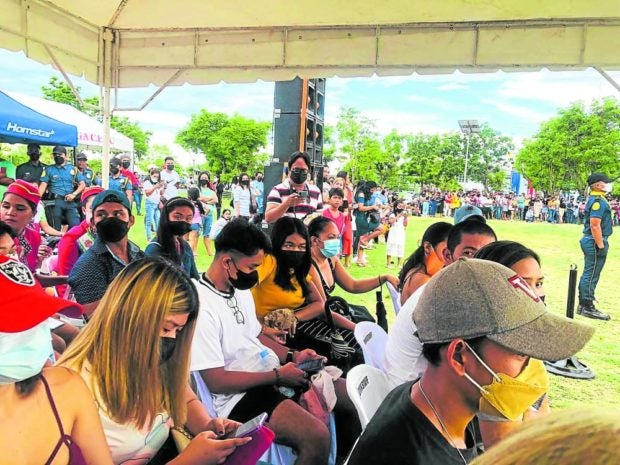 FILE PHOTO People continue to wear face masks as they attend the culmination of the National Service Training Program at the St. Francis of Assisi open grounds in the City of Naga in south Cebu on June 10, a day after Cebu Gov. Gwendolyn Garcia lifted the mandatory wearing of masks in open places in the province. —MARY GRACE OBERES

MANILA, Philippines — The Department of the Interior and Local Government (DILG) is consulting with its legal team to keep local government units (LGUs) from defying national policies, including the matter of using face masks outdoors.

(We are consulting our legal team for our next move to ensure that this practice will stop.)

The DILG is embroiled in a clash with the Cebu provincial government over the latter’s rule on the optional wearing of face masks in open and well-ventilated spaces in the province, which ran counter to the national government’s mandatory use of face masks.

(That’s the number one position of the national government and we will implement that. The police will continue to confront—and, if necessary, arrest those who are hard-headed; the Philippine National Police will do that.)

Año further stressed that the pandemic “is not yet over,” saying the country is in a state of calamity; thus, local government cooperation is imperative.