Año warns Garcia not to cause ‘undue injury, confusion’ with face mask rule

Garcia last week issued Executive Order No. 16 allowing the optional use of face masks in open and well-ventilated spaces in Cebu. She said this seeks to “rationalize” the requirement of wearing face masks within the province.

The order was recently adopted as an ordinance by the Cebu provincial board.

(If they continue that and it will lead to injury, damage and confusion, the national government really cannot let that happen.) 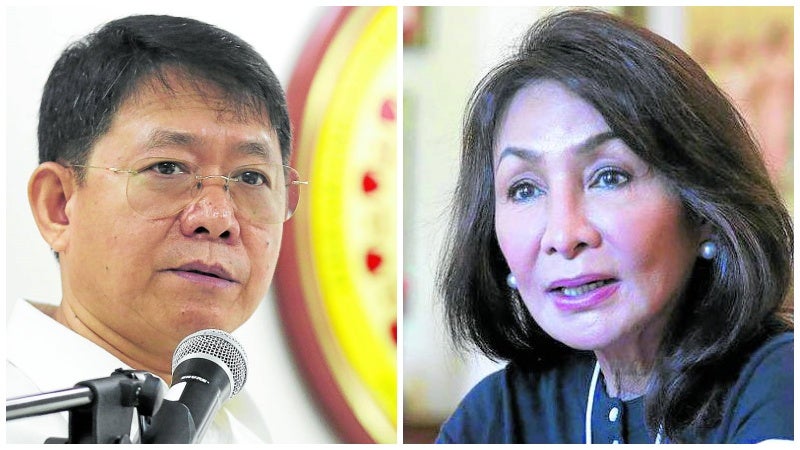 (They are going against Executive Order No. 151, it’s a violation, a violation of our anti-graft and corrupt practices law.)

Año is referring to the executive order signed by President Rodrigo Duterte in November 2021 approving the nationwide implementation of the COVID-19 alert system.

The said order also laid out minimum public health protocols, including national guidelines on the wearing of face masks.

According to Año, Cebu’s optional face mask use order has “no legal basis” and is “rendered defective.”

(The EO and the ordinance that the Cebu provincial government really has no legal basis. Their EO or ordinance should be based on national policies, the pronouncement of the president, the law, and the Constitution. If they don’t have this, you have no basis. That is rendered defective and cannot be implemented.)

Earlier, Garcia also warned against apprehending those who choose not wear face masks in open and well-ventilated areas in the province, saying police officers may be accused of making “illegal arrests.”

(Actually, her statement is evidence of her violation of the anti-graft and corrupt practices. You’re causing undue injury, even the institution of the PNP is affected. This cannot be.)

The DILG is likewise seeking adjustments to Cebu’s optional rule on masking outdoors to align it with national guidelines.

At present, guidelines set by the government’s pandemic task force “allow only for specific instances when masks can be taken off, such as when eating or during certain well-ventilated sports and activities.”

The Cebu government, for its part, is standing firm on its directive that makes wearing face masks in open and outdoor spaces optional in the province. It also challenged Año to show proof that would support his claim that the province’s action has no legal basis.