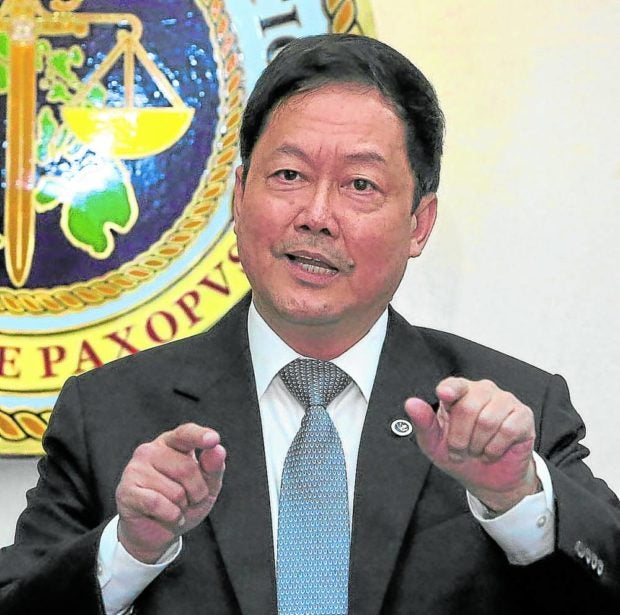 MANILA, Philippines — Red-tagging puts labeled people or groups in danger, so, instead of publicly tagging them as connected to armed groups, Justice Secretary Menardo Guevarra said the government should file charges against them if they have evidence.

“As far as the DOJ (Department of Justice) is concerned, if you have evidence, file the appropriate complaints, do whatever is necessary to prosecute them. [Otherwise] stop labeling them,” Guevarra said.

The outgoing DOJ chief said the DOJ already expressed its position to the NTF-ELCAC but he is not aware if his advice has been followed.

He said labeling persons and organizations is not within the mandate of NTF-ELCAC.

“The main ideal of NTF-ELCAC is what we call the whole of nation approach. In order to eliminate or reduce insurgency, we should help them [communist members] rehabilitate themselves. It is a way of attracting them to go back to the folds of the law. We should not engage them in combat until they are completely decimated,” Guevarra said.

“Perhaps let’s not use labels. We gain nothing if we keep on labeling people,” she said in one interview.