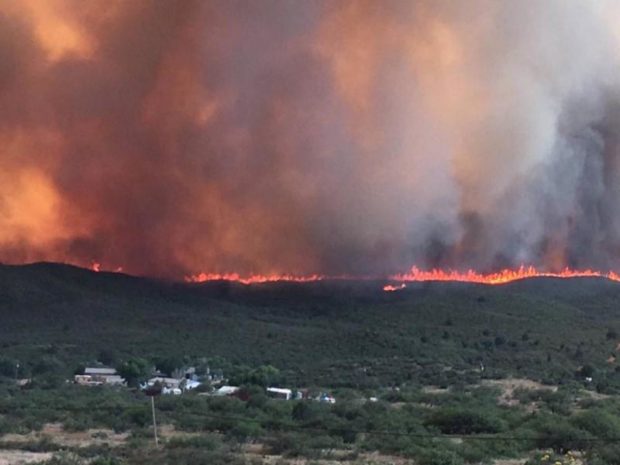 PHOENIX — Firefighters near Flagstaff, Arizona, battled for a third day on Tuesday to contain a wind-driven wildfire that prompted the evacuation of hundreds of homes and authorities arrested a man suspected of starting the blaze while camping in the area.

The Pipeline Fire has scorched more than 20,000 acres since it erupted on Sunday 6 miles north of Flagstaff, a scenic city of some 75,000 residents about 145 miles north of Phoenix, the state capital.

As of Tuesday, the flames continued to spread largely unchecked, with zero containment reported, though fire officials said extreme winds had abated enough to allow airplane tankers to join the firefighting effort.

At the height of the fire threat, more than 2,100 homes were placed under mandatory evacuation orders, and at least one home was confirmed to have gone up in flames.

Evacuation advisories were pared back on Tuesday, with residents of an estimated 350 dwellings still displaced and 3,500 other homes listed in pre-evacuation status, according to Jon Paxton, a spokesman for the Cococino County Sheriff’s Office.

Authorities said the man they arrested was 57 years old and had been camping in the area – he apparently was disposing of toilet paper by setting it on fire.