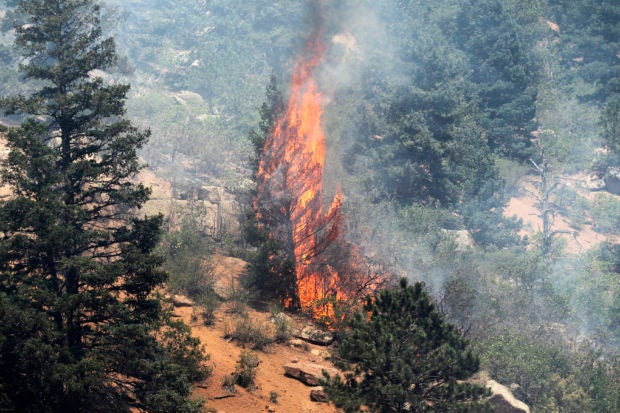 The Biden administration on Tuesday unveiled a 10-year plan to treat and maintain millions of additional acres of forests in the western United States to reduce the severity of seasonal wildfires.

“We’re not going to stop fires,” U.S. Agriculture Secretary Tom Vilsack said at a press event in Arizona alongside Forest Service chief Randy Moore. “But what we can do is begin the process of reducing the catastrophic nature of those fires.”

The plan, called the “wildfire crisis strategy,” aims to make some 50 million acres (20 million hectares) of forests healthier and more resilient to fires through treatments like thinning, pruning, and prescribed burning, they said.

Wildfire seasons have worsened in the United States in recent years after decades of federal policy to immediately extinguish wildfires instead of letting some of them burn on in a controlled fashion, leading to a buildup of flammable brush, a report on the plan said.

The U.S. Forest Service has historically treated up to 2 million acres in the western United States annually, the report said.

The priority will be parts of Arizona, Colorado, California, Oregon and Washington state most at risk of wildfires.

The effort, which the U.S. Department of Agriculture estimates will create hundreds of thousands of jobs, will get underway with nearly $3 billion in funds from the infrastructure law. But it will require an additional $50 billion over time in order to meet the 50 million-acre target, a USDA official said.

A record 2020 wildfire season burned more than 10 million acres in the United States, about half of which was Forest Service land. The Forest Service is part of the USDA.