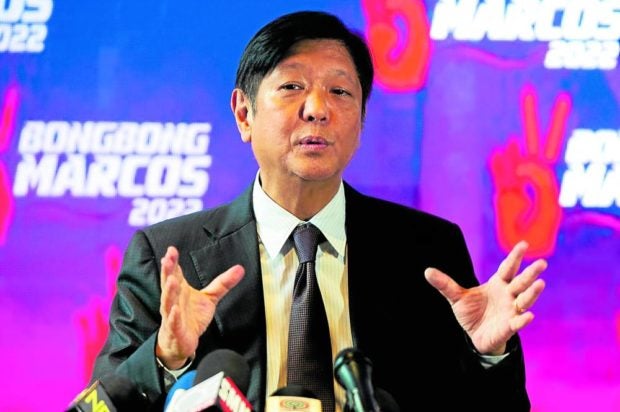 The invitation was relayed by Ambassador Ahmed Shehabeldin Ibrahim when he paid a courtesy call on Marcos along with the ambassadors to Manila of Russia, Israel, and Denmark as well as the president of the Asian Development Bank (ADB) on Monday in Mandaluyong City.

The President-elect, likewise, secured a commitment from the envoys of Russia and the other countries in helping find sustainable and renewable energy sources suitable to the Philippines.

In a press briefing following his visit, Pavlov again conveyed to Marcos the congratulations of Russian President Vladimir Putin for his election and assured him that the Russian Federation was “ready to improve our traditionally friendly relations between our countries in many areas of cooperation because it meets the interests of our nations.”

According to Pavlov, he discussed with Marcos several areas of cooperation and said Russia could help the Philippines in much-needed oil, gas, and other sources of energy.

Pavlov confirmed that they “very briefly” discussed the “situation in Ukraine.” He noted, “As far as I understand, the President-elect would like to continue his independent [foreign] policy and to cooperate with the Russian Federation.”

For her part, Sillasen said her meeting with Marcos focused on the green transition that all countries need to undertake, particularly the use of sustainable energy, “greenest, cheapest and cleanest energy.”

She also discussed with the President-elect how Denmark managed to double its gross domestic product without increasing energy consumption and carbon emissions.

The Egyptian ambassador handed Marcos an official congratulations from President Sisi. “We exchanged views regarding the prospects of developing the bilateral relations between Egypt and the Philippines since we are looking forward to developing areas of cooperation,” Shehabeldin said.

“I also took this opportunity to extend the invitation of His Excellency the President of Egypt Abdel Fattah al-Sisi to [Marcos] to take part in November in COP 27,” he said.

He pointed out that Marcos replied that “he will work hard and consider to be there because he already visited Sharm al-Sheik but it was a private visit before but he would like to be there and he believes in the climate change issues.” Fluss, for his part, said he had a “very good” meeting with Marcos where they discussed Israel and the Philippines’ bilateral relations and “how we would deepen and enhance this close friendship and partnership between our two countries.”

“Israel is known as a global hub of innovation and source of technologies and we discussed how the innovations and technologies of Israel and some of the practices that we develop in Israel can contribute to the development process in the Philippines,” he said.

He added that Israel could help in the next administration’s priority on agriculture, food security, and employment.