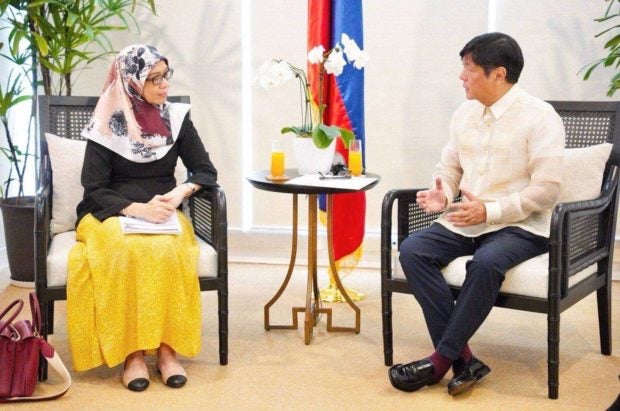 MANILA, Philippines — Two more ambassadors paid a courtesy call on President-elect Ferdinand “Bongbong” Marcos Jr. on Monday ahead of his inauguration on June 30.

Brunei Darussalam Ambassador to the Philippines Johariah Wahab’s courtesy call on Marcos Jr. started past 9 a.m at the president-elect’s headquarters in Mandaluyong City.

Several ambassadors have paid their courtesy call on Marcos Jr. over the past weeks.