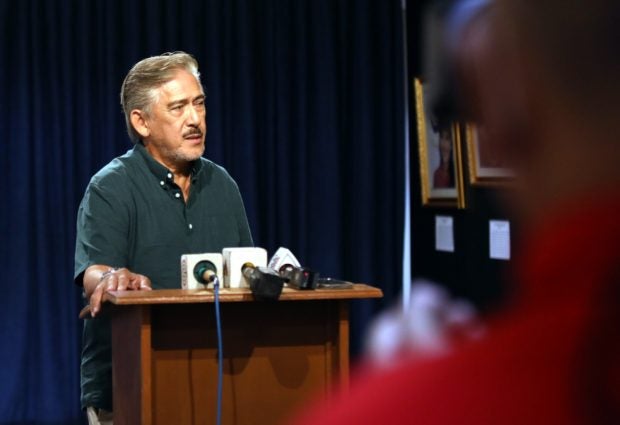 MANILA, Philippines — What’s next for outgoing Senate President Vicente Sotto III? A return to music and more time with family.

Sotto, whose Senate term will end on June 30, is planning to reestablish his recording studio and develop it to be “the best in Asia.”

“Siguro maasikaso ko ‘yung mga hindi ko dati naaasikaso mabuti [Maybe I would be able to focus on the things I was not able to before]. This gives me the chance to reestablish my recording studio, for one, and then I will beef it up into a top recording studio again just like before,” he told reporters in an interview in the Senate on Monday.

“This time I’ll make sure that it will be the best in Asia like the one I had before kaya lang mas moderno na ngayon, mas hi-tech na [but more modern, more hi-tech],” he added.

Sotto disclosed he is also planning to concentrate “on the corporation that I am a member of.”

(I can also attend to that, maybe if they elect me as chairman now, I will accept it, because before they were electing me to be the chairman but I did not accept it, so now I can perhaps go for it already.)

With his exit from politics, Sotto is likewise looking forward to spending more time with his family.

“I’ll have more time for the family dahil ‘yung studio naman eh free-willing ang oras ko doon [because my time in the studio will be free-willing],” he said.

Asked about continuing to serve in the government, Sotto pointed to his recent conversation with President-elect Ferdinand “Bongbong” Marcos Jr.

“He was asking me about my plans and what I was thinking of, ano ang gusto mo gawin [what do you want to do], that was his question,” the Senate president recalled.

“Sabi ko mag-relax muna sabi ko and then he was asking me if I would want to come back to government…to come back to Senate, I said depende kung kailangan ninyo ng tulong, sabi ko, kung pakikinabangan ako sa tulong, depende sabi ko. Nothing concrete,” he added.

(I told him I want to relax and then he was asking me if I would want to come back to government…to come back to [the] Senate, I said it depends if my help is needed. Nothing concrete.)

He further said he will make himself available if the administration would need his advice on anti-drug efforts.

“If they want to consult on help, I’ll make myself available, just in case…Let’s leave it up to them,” Sotto added.