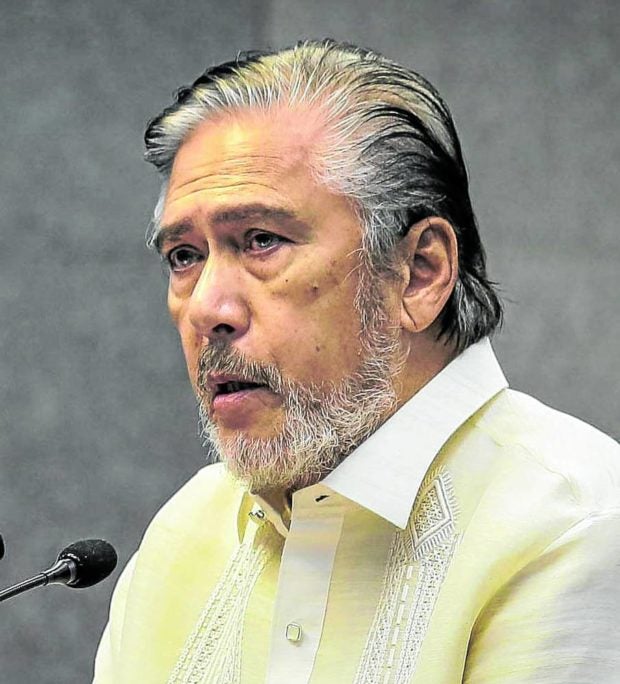 According to Sotto, he was invited for a private conversation with Marcos Jr. in his office last May 28.

“PBBM (President-elect Bongbong Marcos) and I talked about my help re[garding] dangerous drugs. I said they can count on my help,” the Senate president told reporters in a message on Tuesday.

“ES (Executive Secretary) Vic Rodriguez said, they hope I will not mind if they keep in touch. I said okay,” he added.

Asked if he was offered a Cabinet position, Sotto answered in the negative.

“He (Marcos Jr.) was just asking about my plans,” he added.

“It was more of a renewal of previous talks we’ve had on a number of issues. I was told to expect some calls in the future. Nothing concrete,” he said in a separate message.

An anti-illegal drugs advocate, Sotto previously led the Dangerous Drugs Board (DDB)  from July 2008 to November 2009.

He ran but lost in the 2022 vice presidential race. During the campaign period, Sotto proposed several measures to combat the country’s illegal drug problem, saying it should be dealt with through a holistic approach.

Sotto had earlier stressed that a “supply reduction strategy” can address the illegal drug menace.

Drug abuse, meanwhile, can be solved through a “demand reduction strategy” and rehabilitation, he also pointed out.