Sotto wants to head anti-drug bodies, DILG if he wins, given Cabinet post 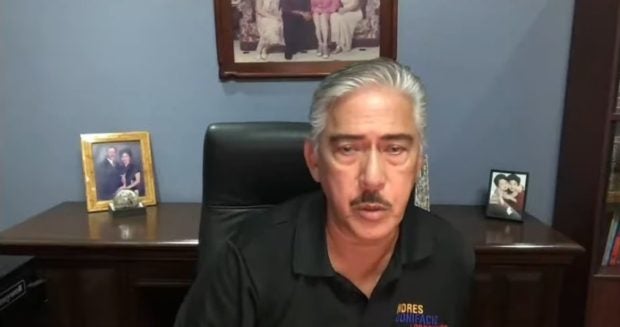 MANILA, Philippines — If elected as the country’s next vice president, Senate President Vicente Sotto III would like to head the Dangerous Drugs Board (DDB), the Philippine Drug Enforcement Agency (PDEA) and the Department of the Interior and Local Government (DILG) should he be offered a Cabinet position.

Sotto, who chaired the DDB from July 2008 to November 2009, said he could successfully push his advocacy against illegal drugs through his office if he wins the vice presidency.

“Kung alam mo ang gagawin, just the clout of the Office of the Vice President, you will be able to go on with your advocacy. Mapapalakas ko pa rin at maitatama ko ang tamang approach, yung holistic approach, sa drug abuse at sa illegal drugs,” he said in a Teleradyo interview Thursday.

(If you know what to do, just the clout of the Office of the Vice President, you will be able to go on with your advocacy. I can still implement the right approach, the holistic approach to address the problem of drug abuse and illegal drugs.)

(But if you ask me what executive position I want if I win, I will say Dangerous Drugs Board, PDEA…then I will have complete control of enforcement, prosecution, and rehabilitation programs.)

He also said he would like to lead the DILG.

“Dangerous Drugs Board combined with the DILG,” Sotto said.

Sotto, who has three decades of public service experience, is running for the vice presidency with Senator Panfilo Lacson as his presidential candidate.

According to Sotto, he plans to focus on fighting the country’s illegal drug problem if elected.

“If given the chance to be the second-highest post in the land, ang concentration ko nandodoon. At magiging mabigat ang effect no’n sa peace and order, and effect sa economy, and I will remove the headache from the president on that particular concern,” the Senate president said.

(If given the chance to be the second-highest post in the land, I will concentrate on that concern. And this will have a big effect on peace and order and the economy. I will remove the headache from the president on that particular concern.)

He, however, pointed out that drug abuse can meanwhile be solved through a “demand reduction strategy” and rehabilitation.

(The administration is too hard on enforcement, but there seem to be no strong and clear efforts on intervention and rehabilitation.)

READ: There’ll be no ‘tokhang’ under Lacson-Sotto admin’s anti-drug drive