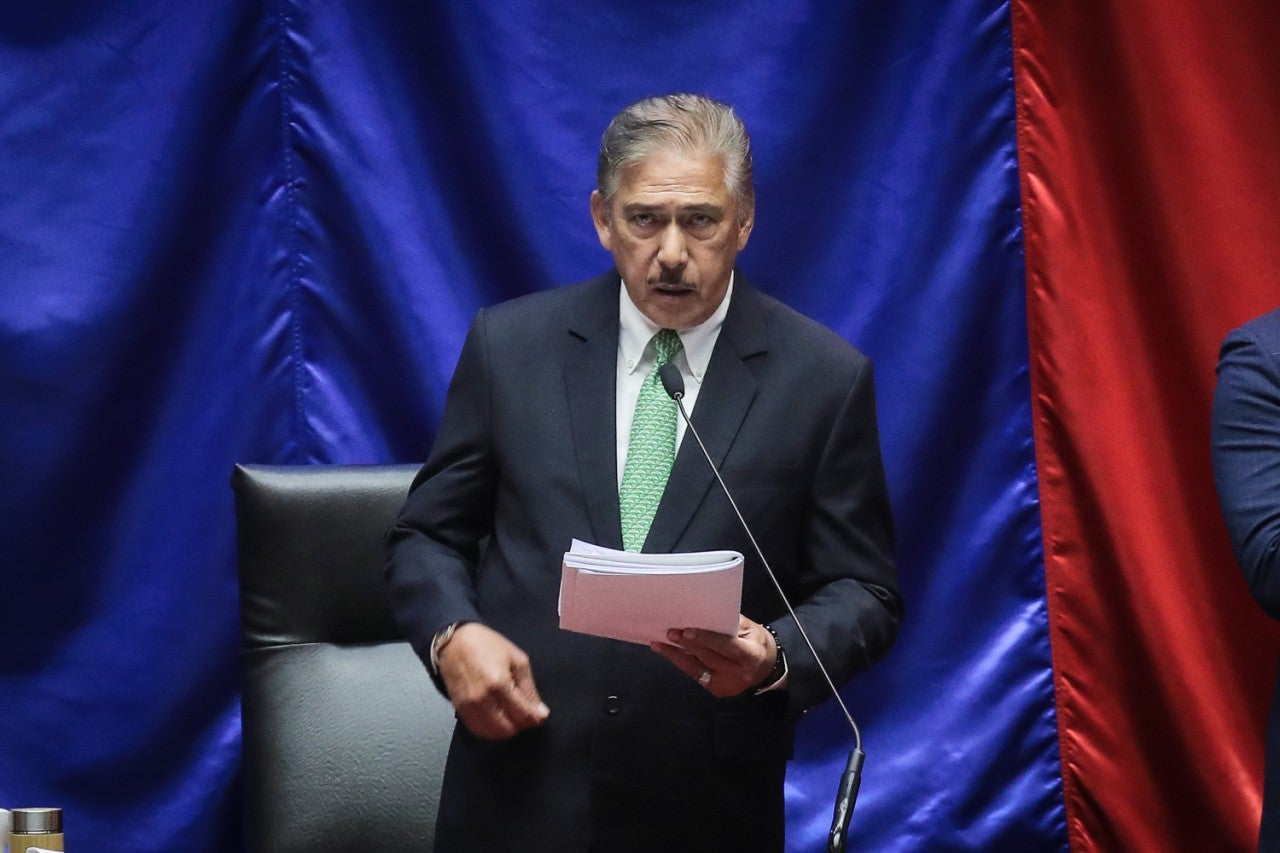 Senate President Vicente Sotto III during Congress’ proclamation of the winning president and vice president in the 2022 polls on May 25, 2022. Voltaire F. Domingo/Senate PRIB

MANILA, Philippines — On his last day as the leader of the Senate, Senate President Vicente Sotto III has “one final and earnest appeal” to the next Congress: to maintain the integrity and independence of the upper chamber.

“Today, with a sense of gratitude, I close the 18th Congress as the Senate President—a distinction given by my esteemed colleagues. I hope that I have not been a disappointment,” Sotto said in his valedictory speech during Wednesday’s plenary Senate session, the last one under the 18th Congress.

“As I stand before my colleagues and the Filipino people on my last day as Senate President, I have one final and earnest appeal to the incoming 19th Congress: Maintain the integrity and independence of the Senate,” he added.

He called on the senators of the next Congress not to let politics taint the performance of their duty.

The 19th Congress is the first under the incoming administration of President-elect Ferdinand “Bongbong” Marcos Jr.

In his speech, Sotto also looked back on his long stint as a public servant—which began when he served as the vice mayor in Quezon City in 1988.

“When the time comes that my humble name will have to be ensconced and chiseled into the annals of the Senate’s history, I want to be remembered best as Vicente C. Sotto III, a musician by profession, a sportsman by affiliation, a drug-buster by vocation, and a public servant by conviction,” he added.

Sotto, who was first elected to the Senate in 1992, likewise described his time in the upper chamber as the “highlights of my career as a public servant.”

Sotto is retiring from politics after over 30 years in public service. He ran but lost in the vice presidential race in the 2022 polls.

“I can and I will show off my legislative accomplishments not only to my grandkids but to the younger generations, proud and guilt-free that I have not abused my position to enrich myself or any member of my family. I have kept my credibility intact and my name unsullied,” he said.

“In my years in the Senate, I had the good fortune of learning from the best minds in the country. In turn, I earned the respect of my colleagues. And I became—as you may recall—the minority leader and majority leader,” he added.

Sotto had to lead the upper chamber during a public health crisis: the COVID-19 pandemic.

In May 2020, the Senate adopted a hybrid set-up for conducting plenary sessions and other proceedings. Sotto, however, remained physically present in all sessions.

“Throughout the critical days of graded lockdown, your Senate was able to enact the annual budget on time. During this pandemic, hospital occupancy literally spilled onto driveways and parking lots. It seemed like the dark hours would never end,” Sotto said.

“Fortunately, we are mostly over that hump. Thanks to the government’s vigorous vaccination campaign as mandated by the COVID-19 Vaccination Program Act of 2021,” he added.

“Our public health recovery can also be traced to the heroic efforts of all medical frontliners. They stayed the course despite the apparent danger to their health,” he said.

“We are also thankful for the cooperation of the enlightened citizenry. Despite experiencing initial difficulties, they trusted their government. More so, they complied as best as they can with quarantine and medical protocols,” he added.

This, as the Senate president expressed hopes that the country will continue to learn to live with the COVID-19 virus.

“The closing of the Senate sessions today looks towards that future. We are continually learning to live with the COVID virus. And finding ways to respond to our people’s needs through legislation,” he said.