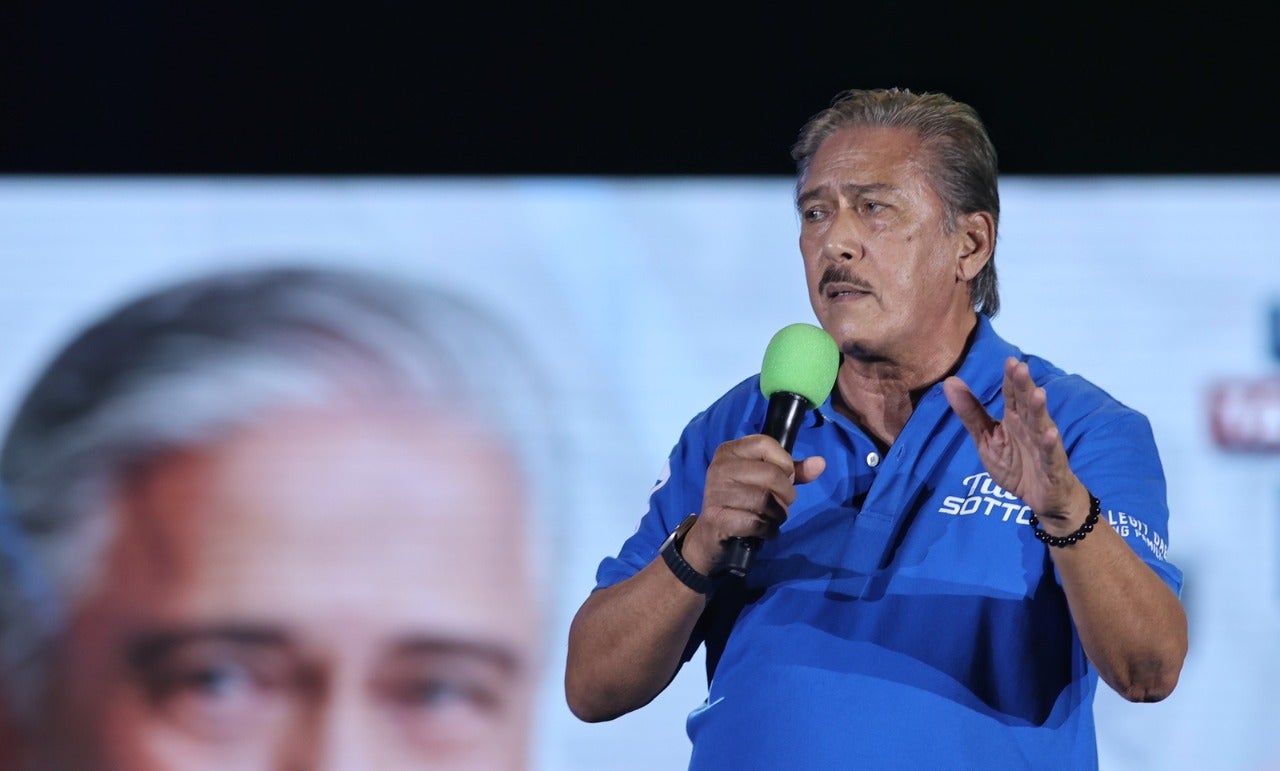 “The people have made their choice. I accept the will of the People,” Sotto said in a statement on Tuesday.

“God speed to our new President and Vice President and I quote from the Holy Book -JOSHUA 24:15, ‘But as for me and my household, we will serve the LORD,’” he added.

Reacting to the partial and unofficial count of the Commission on Elections (Comelec), Sotto said the electorate “had their minds conditioned elsewhere.”

“Word of honor and loyalty are of far greater importance than an election win. I am glad that I did not yield to any political pressure to change my principles and kept my integrity intact till the end,” he added.

Since the first wave of partial and unofficial results were reflected on the Comelec server, Sotto has ranked third in the vice presidential race with 8.1 million votes so far.

Duterte-Carpio maintains her lead with over 31 million votes, more than triple than that of Senator Francis Pangilinan, who ranks second with over 9.1 million so far.