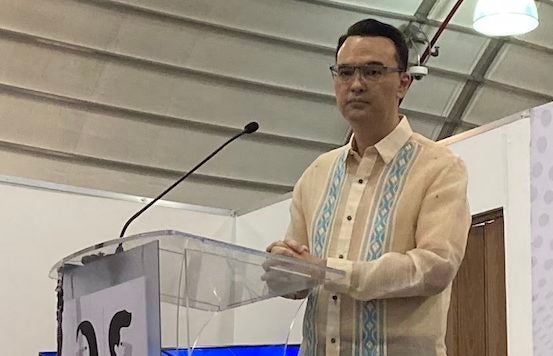 On Friday (June 10), Zubiri said he would need to consult members of the super majority, adding that Sen. Francis Tolentino had already accepted an earlier offer to chair the blue ribbon committee.

“I would need to consult the majority on the request of my friend Senator Alan Cayetano,” Zubiri told reporters in a message.

“We have already discussed this with Senator Tolentino and he had already accepted the chairmanship of the blue ribbon committee so it’s not my decision to make at this moment,” Zubiri said.

“Unfortunately, a number of senators are on vacation for the next two weeks before I can call for an initial meeting of the super majority. We can only make a decision then,” he added.

Zubiri is poised to take over as Senate president in the 19th Congress.

Before the 18th Congress adjourned sine die on June 3, Zubiri had announced several committee chairmanships in the Senate.

These positions, however, would still be subject to a plenary vote.

The blue ribbon committee has jurisdiction over and investigates “malfeasance, misfeasance and nonfeasance in office by officers and employees of the government, its branches, agencies, subdivisions and instrumentalities,” according to the Senate website.

It also looks into the “implementation of the provision of the Constitution on nepotism and investigation of any matter of public interest on its own initiative or brought to its attention by any member of the Senate.”

Earlier, Cayetano said he was willing to join the Senate majority bloc on condition that he would be made chair of the blue ribbon committee, a position that he held in the 14th Congress.