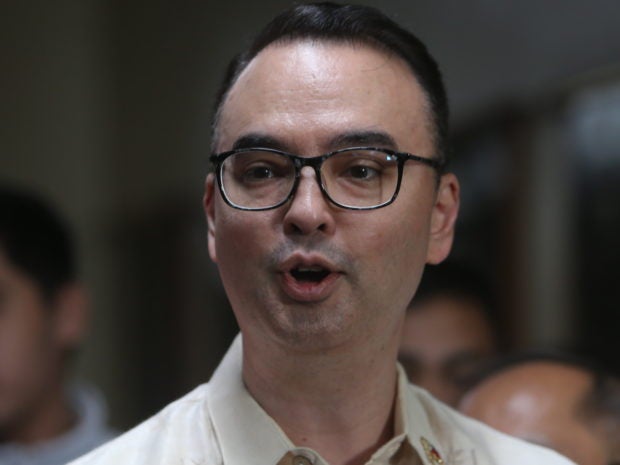 MANILA, Philippines — Senator-elect Alan Peter Cayetano on Thursday expressed willingness to join the incoming Senate majority bloc but only if he will be assigned chair of the Senate blue ribbon committee.

Cayetano said this after baring that Majority Leader Senator Juan Miguel Zubiri – who is set to be the Senate president of the 19th Congress – said he wants to work together with him in the majority bloc.

“Ang sabi ko naman, alam mo kailangan niyo ng fiscalizer, so kung ibibigay niyo ‘yung Blue Ribbon Committee then baka may dahilan ako mag-majority because I will be able to do my job,” said Cayetano in an interview during the groundbreaking of the science terminal and exhibit center in Taguig City.

(As I said, you know you need a fiscalizer, so if you give me the Blue Ribbon Committee then maybe I have a reason to be in the majority because I will be able to do my job.)

(But if you’ll give me a committee that is very good but there is no fiscalization or few fiscalizers in this administration, that will be difficult.)

He then stressed the importance of a fiscalizer, equating it to the media which, according to him, exists for democracy.

Cayetano also said that he will also be happy to join the minority bloc if the position for fiscalizers won’t be offered to him.

“So I’ll be happy to be in the minority kung walang role na mabibigay ang majority wherein we will be able to expilicitly say kung kailan tama at kailan mali,” he said.

(So I’ll be happy to be in the minority if there is no role to be given for me in the majority so we will be able to explicitly say when is right and when is wrong.)

“So that’s the present status at siguro maguusa-usap ulit as we wait before the Sona (State of the Nation Address), kasi nga marami ang not in the country or busy mag-organize,” he added.

(So that’s the present status and maybe we’ll talk again as we wait before the Sona, because many are not in the country or are still busy organizing.)