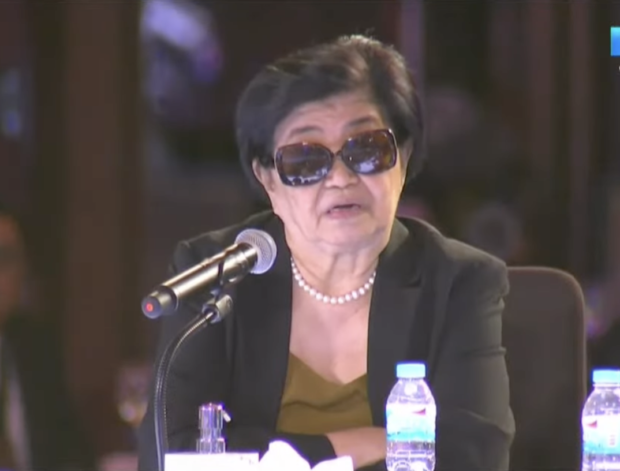 MANILA, Philippines — Incoming national security adviser Clarita Carlos said Friday she is “done with peace talks” with communist rebels, but noted that they should be invited “to be part of change.”

Carlos said the government should not exclude, but rather include communist rebels in pushing for change.

“Alam na natin what to do. Let’s just invite them to be part [of the] change, wag natin sila i-exclude… Include them, include mo sila sa pag-implement nito on the ground,” she added.

(We all know what to do. Let’s just invite them to be part of the change. Let’s not exclude them. Include them in implementing this on the ground.)

The peace councils, however, should be retained, said Carlos.

“The peace councils, they work. What works, you replicate them and let’s continue doing that… Tama na ang negotiation (Enough with the negotiations),” Carlos said.

“Saliva lang ang nawa-waste nyan. I don’t like to waste my saliva on these things (We’re only wasting saliva),” she added.

In the same interview, Carlos said she wants to put a stop on red-tagging.

“To the extent of my mandate as NSA, I would like to stop red-tagging. Labels do not produce anything. Hindi siya productive (It’s not productive),” she added.

Duterte to next president: I hope you find peace with the communists