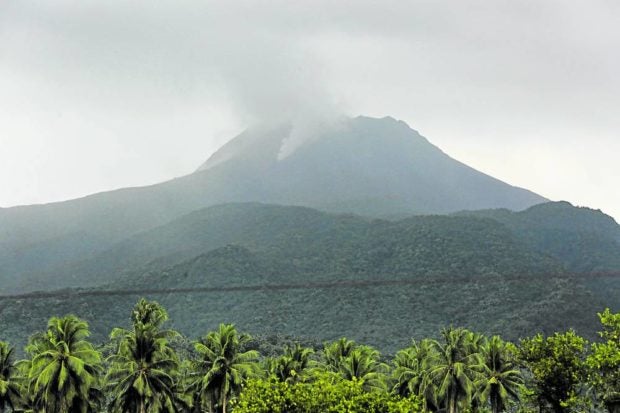 MANILA, Philippines — Mount Bulusan in Sorsogon has displayed an increase in seismic activities as the Philippine Institute of Volcanology and Seismology (Phivolcs) recorded 149 volcanic earthquakes in the past 24 hours.

According to Phivolcs project assistant Kenneth Remo, only nine of these volcanic tremors produced energy strong enough to be marked on the map.

He noted that the magnitude for these plottable earthquakes ranged from 0.1 to 2.5.

While most were weak and shallow in nature, Remo said this may lead to another steam-driven eruption that could occur in Mount Bulusan.

In an advisory, it reminded the public of the Alert Level 1 classification over the volcano which means it is currently in an “abnormal condition.”

“Local government units and the public are reminded that entry into the four-kilometer radius Permanent Danger Zone must be strictly prohibited and that vigilance in the two-kilometer Extended Danger Zone on the southeast sector must be exercised due to the increased possibilities of sudden and hazardous phreatic eruptions,” Phivolcs reiterated.

Flying an aircraft close to the volcano must also be avoided, according to the advisory.

The municipalities of Juban, Casiguran, and Irosin were covered in volcanic ash on Sunday morning after a phreatic explosion in Mount Bulusan.

According to the Office of Civil Defense in the Bicol region, the steam-driven eruption damaged over P17 million worth of the province’s agricultural products.