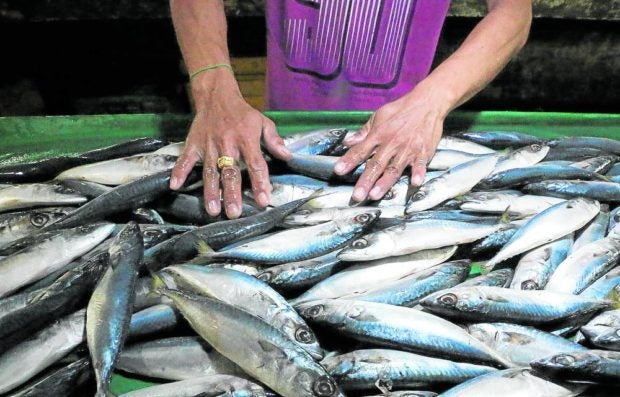 MANILA, Philippines — Food security should be prioritized by President-elect Ferdinand Marcos Jr. during his term, especially amid a “weak global environment.”

This was according to the Philippine Rural Reconstruction Movement (PRRM), which asserted that giving importance to achieving food security in the country is vital as the world continues to face problems that hinder economies.

“We hope that they will prioritize food security and our local producers, providing the necessary support, and passing policies that will empower them and push them to be locally and globally competitive,” said PRRM president Edicio dela Torre said.

Dela Torre said worsening climate change, rapid population growth, elevated food costs, and the ongoing war between Russia and Ukraine are just some of the challenges that the world is facing today. For instance, he stressed that rising prices in agricultural commodities – some of which the country imports – and oil are clear impacts of the Russia-Ukraine conflict on the Philippines.

“We hope the president prioritizes our local food security, our farmers, and our fishermen by not only providing support and aid to the industry but also by strengthening our navy, maritime police, and coast guard so we can protect what is ours,” he said.

He said the key is by taking a “more plural approach, a multilateral one because we have to take into account all the stakeholders involved.”

“We want the president to prioritize our local producers. China makes up 86 percent of our seafood and 22 percent of fish imports. Its top export is galunggong, which now sells at P250 to P350 a kilo. Our main fish staple is now a protein that is more expensive than chicken and is almost equal to pork,” he added.

Dela Torre also emphasized the need to prioritize local fishermen as well as the exclusive economic zone, he explained that while most of the country’s agriculture is centered on rice and other land-based crops, there are 1.9 million people employed in the fishing and aquaculture sectors.

“Importation has been the stop-gap solution but this is not the long term solution. There are several ways to close the fishing gaps and importation is not one of them,” he said.

“We have to prioritize securing our local fishing grounds and the exclusive economic zone and empower our fishermen to fish in our own waters,” he likewise said.

The PRRM said there is a need for a separate department to oversee the whole fishing industry in the country.

Marcos urged to allow vetting of next CHR execs

Read Next
PH posts 43 chikungunya cases from January to May
EDITORS' PICK
House energy committee chair Arroyo bats for cheap electricity
Ref admits to cheating: How Manny Pacquiao snagged the win
The vivo Y16 makes the season of giving more thoughtful for the whole family
Marcos urges Filipinos to be like Bonifacio: honest, patriotic
The Best Tech Gifts For The 2022 Holidays
18,529 out of 24,903 pass nursing board exam
MOST READ
Mel Tiangco on co-anchor Mike Enriquez’s condition, ‘rivalry’ with Korina Sanchez
LOOK: Vina Morales goes to Boracay with mystery man
LOOK: Arjo Atayde introduces Maine Mendoza to his Lola Rose
Marcos urges Filipinos to be like Bonifacio: honest, patriotic
Don't miss out on the latest news and information.