PH posts 43 chikungunya cases from January to May 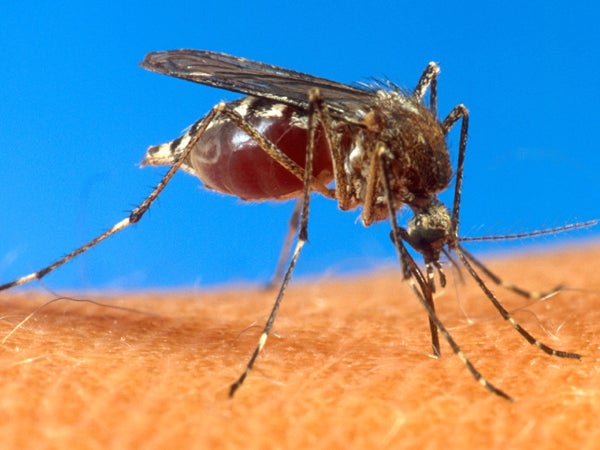 In this undated file photo provided by the USDA, an aedes aegypti mosquito is shown on human skin. Mosquiot-borne chikungunya disease is not as deadly as dengue but both illnesses manifest similar symptoms: fever, rashes, headache, nausea, fatigue, and acute and long-term arthritis in several joints. INQUIRER FILES

MANILA, Philippines — The Department of Health (DOH) on Thursday said the country has recorded a 169 percent increase in cases of mosquito-borne chikungunya fever during the first five months of the year.

According to the agency, 43 chikungunya cases were reported from January 1 to May 21 – higher than the 16 cases reported in the same period last year.

Most of the chikungunya cases were from Central Visayas, which registered 29 cases, or 67 percent of the total count.

“The region with the most number of cases cumulatively and recently was Region VII. Of its 29 cases reported since the start of the year, 26 (90%) cases were recorded in April. However, from May 1-21, 2022, there were only two (2) cases reported in the said region,” the DOH said in a statement.

Eastern Visayas reported eight cases, which is 19 percent of the total cases recorded, it added.

From April 24 to May 21, a total of 13 chikungunya cases were logged. This included 10 cases in Central Visayas, and one case each in Zamboanga Peninsula, Calabarzon, and Metro Manila.

No death was reported among the chikungunya patients as of May 21, according to DOH.

Chikungunya is not as deadly as dengue but both illnesses manifest similar symptoms: fever, rashes, headache, nausea, fatigue, and acute and long-term arthritis in several joints.